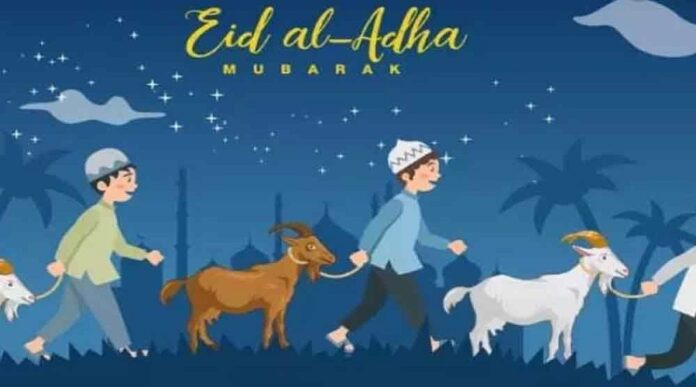 Bakrid is one of the most significant festivals celebrated by Muslims. It falls on the 10th day of the concluding month, Zil Hajj, of the Islamic calendar. Eid ul Adha is known by many names — Feast of Sacrifice, Festival of the Lamb, Pilgrimage Feast and Great Day.

The festival falls precisely two months after Ramadan. This is a significant festival of the Muslim community, and it marks the end of Hajj, the journey that every adult Muslim is supposed to undertake at least once in their lifetime. Hajj is one of the five pillars of Islam. On Friday, more than two million Muslims begin the annual Hajj.

Understanding Qurbani – Bakrid is usually celebrated for three days. Eid ul Adha festival begins with Eid Salaah and ends with Qurbani. It is the ritual wherein animals are slaughtered –sheep, lamb, goat or camel. The slaughter must be done in the Halal method, as mentioned in the Quran. The animal that is sacrificed is distributed in every Muslim household.

Remembering Ibrahim Alaihis Salam Sacrifice – It is believed that Ibrahim dreamt one night of Allah Subhanahu Wa Ta’ala ordering him to sacrifice his beloved son, Ismail. Ibrahim wanted to follow Allah’s command. Ibrahim took his beloved son onto the top of Mount Arafat. He also brought with him a knife and a rope.

He told about the dream to his son and about what Allah had ordered him to do. Prophet Ismail, being an obedient son, immediately obliged to the wishes of Allah and his father. Ibrahim blindfolded himself so that he did not have to witness his son suffer.

Prophet Ibrahim followed Allah’s command. When he took off the blindfold, he found the body of a dead man in front of him. Ismail was standing right next to him unharmed. He heard a voice saying, “Allah takes care of his believers, and he need not worry.”

ALSO READ:  A Big Vote Spinner ‘Palle Nidra’ For Niranjan, The Contesting Candidate From TRS Of Wanparthy Constituency In Telangana

From that time, the believers of Allah give Qurbani remembering the sacrifice of prophet Ibrahim. #hydnews