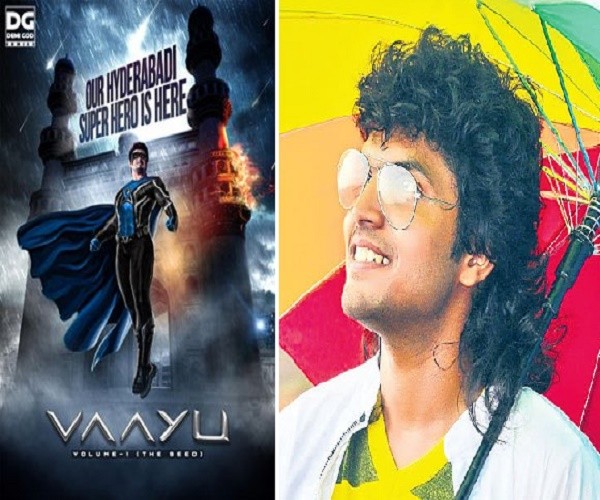 It is the year 2032. Advancements in technology have paved way for evil alien forces to invade Earth. Fed up with the superheroes in Gotham and NYC, they now turn to another city that has good resources and is heavily populated, but without a superhero – Hyderabad. But Hyderabad need not worry as the city has its own superhero — Vaayu — the man with the ability to control air.

This is the premise of a Hyderabad-based comic book Vaayu. The eponymous hero of the book and the concept created by Sushanth Reddy, a city-based scriptwriter under his banner Demigod Comics, was launched at the recent Comic Con.

About the conceptualisation, Sushanth says, “The idea was to make a superhero series, based out of Hyderabad as India has a lot of popular cartoons like Chota Bheem but there’s no city specific superhero. We thought of making either animated or live action, after I graduated from my scriptwriting course. I scouted all over the old city for this and later realised it will be easier for us to come up with a comic book, as an animated video will cost a lot of money. We also felt that this comic book will help us with the storyboarding once we decide to make the video. That’s how it came into existence.”

Sushanth wrote the story and scripted it while Naveen from his team did the art in the 28-page first volume of the series. “We started working on it in June and thankfully, my friends believed in the concept and we could finish it without much cost. The artwork has been done singlehandedly by Naveen and Avinash wrote the dialogues,” says Sushanth.

Having launched it on October 13, Sushanth says he’s surprised by the response the book got. “We printed 1,000 copies and weren’t really expecting any response as this is a new concept but we sold about 300 copies at the event and it is very encouraging,” he explains, adding, “We want to be noticed by producers as we really want to turn this into an animated film or series, on par with internationally known superhero comics.” They also plan on adding a regional touch by incorporating regional languages into the comic books. #KhabarLive