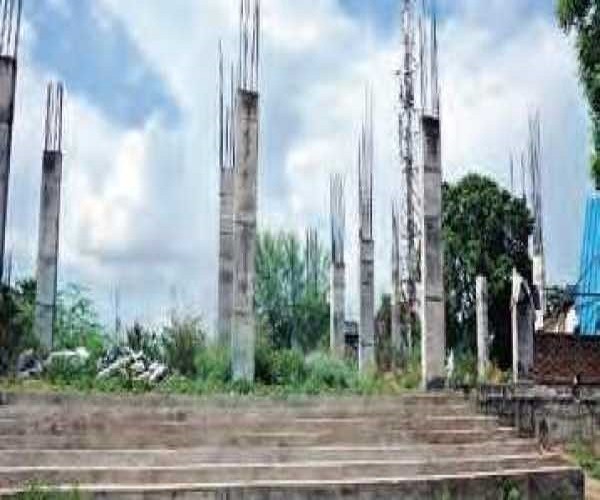 However, the work of the complex were stalled for various reasons. In 2013, the then minister Basavaraju Saraiah took the initiative and once again laid the foundation to begin the project work. The construction work was supposed to be completed by December 2013, but the work was stopped after laying the foundation and few pillars following which no attempts were made to complete the work.

The artists of the city were very keen in seeing the project completed and they took the matter to the notice of the government several times but in vain. In fact, it seems the district administration has completely forgotten about the project. Though five years have passed, the officials seem clueless about the project. Bordered with bushes around, the entire cultural complex looks like an abandoned place.

It is learnt that the cultural complex was supposed to be named after noted mimicry artiste Nerella Venumadhav, who passed away recently. Recently, a few local Congress leaders staged a protest at the construction site and demanded the government to complete the works at the earliest.

Sources stated that from the time TRS government has taken up the construction of the Kaloji Kalakshetram, the multi-purpose cultural centre in Hanamkonda in memory of ‘people’s poet’ Kaloji Narayana Rao, the Pochamma Maidan cultural center has been put in the cold storage.

Chief minister K Chandrasekhar Rao had laid the foundation stone for this cultural centre on the occasion of the poet’s centenary in 2014. #KhabarLive