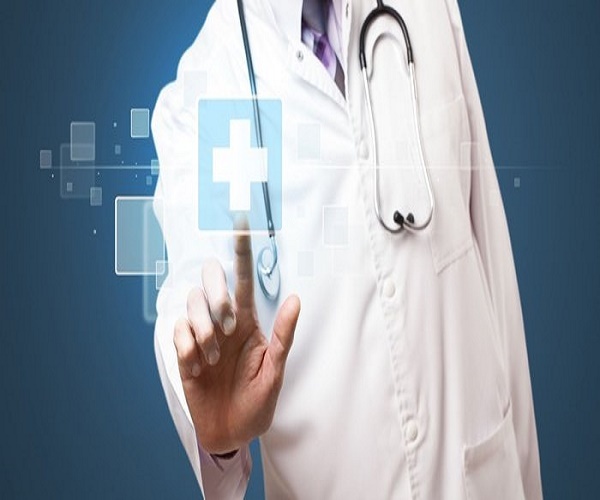 Healthcare in India has always been a space with ample opportunities and now, having closely associated with technology, the sector is on the brink of massive growth. Needless to say, the country has been lacking in terms of innovation but the potential is huge, the requirement is to acknowledge it and work on certain metrics to solve the ground-level issues healthcare industry, the digital way.

The Indian healthcare market is growing at a rapid speed and the past year, in particular, has witnessed a great jump in health-tech investments. There has always been an inconsistency quotient associated with the industry due to contrasting investment trends in consecutive years but 2018 worked as a ray of hope for entrepreneurs who have or are looking to venture into space.

With a total of $367 million pumped into the sector in 2018, 55 per cent higher than the previous year’s $237 million, health-tech recorded 45 start-ups receiving big cheques from investors. Among the major names to raise investments, the health and fitness startup, CureFit raised $120 million, Chennai-based online pharmacy, NetMeds scooped $35 million and online drug delivery platform PharmEasy got a cheque of $55 million.

Solving Problems
With the amalgamation of healthcare and technology, various delivery solution systems and apps have sprouted, bridging the gap between customers and medical professionals through digital solutions. While the healthcare space is riddled with inefficiencies right from inadequate skilled personnel to basic awareness among patients, it can be disrupted with technology.

Healthcare has been facing the issues of scalability, capital efficiency and profitability since forever but penetration of data has opened gates for dealing with ground-level issues such as low doctor density and lack of hospital bed availability by enabling tech-enabled tools to improve not only the hospital but increase reach through remote patient communication efficiency.

ALSO READ:  Is Separate-Food Plate Rule For Non-Veg Caste Discrimination – Or Not A Big Deal In IIT-Bombay?

However, the CEO and founder of DocsApp Medical App, Satish Kannan believes that technology is not being utilized to complete extent to solve a number of problems in the health sector in India. “The scope is huge and the impact we can make using technology in people lives is also very huge,” he said.

Leveraging Technology
While the sector gained momentum, technology adoption has played a significant role in its growth. Kannan believes that there are many more ways that technology can be leveraged to improve the health index in India. Some of the ways the disruptor is already benefiting the users are by allowing the doctors to serve more patients at the same time, increasing their geographical reach, helping people digitize and maintain their health data, among others.

Adding to Kannan’s thoughts, Curofy co-founder Pawan Gupta stated, “Technology can help in education, better care delivery, improved outcomes, and making patients and doctors aware of the better lifestyle choices.” In more ways than one, technology has proved to be the most effective way to transform the healthcare industry in India.

India has a large patient population to cater to with an equally large number of providers, each having a role to play in the implementation of technology to improve access to quality healthcare. Also, with the increasing penetration of health insurance, both government and private organizations are bringing the need for technology to the forefront, which entrepreneurs are always keen to leverage.

Choosing the Field
While there are many players exploring the field, there is no one dominating the industry yet. With many archaic problems to solve, Gupta believes that space is both attractive and challenging at the same time. For young entrepreneurs, challenges work as a push but for those who have been associated with technology during their student life, it is a matter of opportunity.

Many revolutionary entrepreneurs today, who have studied from prestigious institutes like IIT and IIM, their confidence to break the norms and bring about change work wonders. “Being from IIT was definitely a boost for my eagerness to start up, but space was majorly defined by experience and my time spent meeting doctors in general,” stated Gupta.

Ban on E-pharmacies
The convenience of ordering medicines online boosted the growth of e-pharmacies in India immensely. The sector, however, received a huge blow when Delhi High Court ordered a complete ban on online pharmacies across the country with immediate effect, asking the central government to implement the order in December 2018, leaving over 250 online pharmacies in a state of panic.

The decision was taken in response to a petition which stated that the sale of drugs and prescription medicines online was illegal and without any mandate of law and, therefore, a health risk. “Unlike common items, drugs are highly potent and its misuse or abuse can have serious consequences on human health, not just for the one person consuming it but for humanity at large as some drugs can be addictive, habit-forming and harmful to the body,” the order stated.

“A large number of children/minor or people from uneducated rural background use the internet and can be victims of wrong medication while ordering medicines online,” it further added. Notably, India’s pharmacy laws are derived the Drugs and Cosmetics Act, 1940, Drugs and Cosmetics Rule, 1945, and the Pharmacy Act, 1948, which were formed way before the advent of online commerce in India.

While the e-pharmacies are fighting the order, it is worth noting that the judgment follows a two-year long protest by over 800,000 traditional medical shops against the online sale of medicines under the banner of All India Organization of Chemists and Druggists (AIOCD). However, the decision is working adversely for about 30-40 lakh patients who have gotten used to ordering medicines from e-pharmacies in India. #KhabarLive