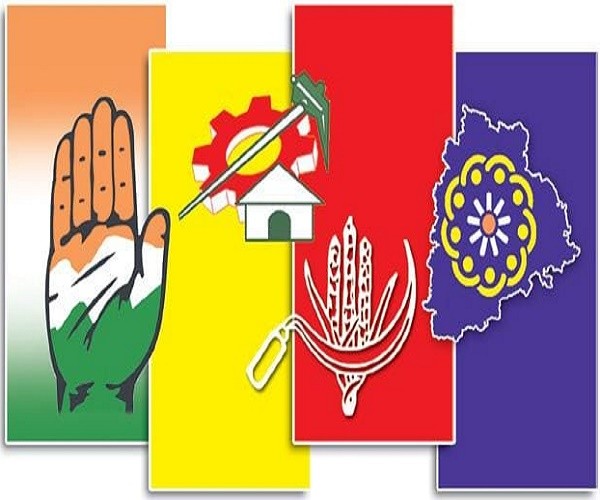 The objective of the Maha Kootami to defeat the Telangana Rashtra Samithi seems to have gone for a toss with the four alliance partners – Congress, TDP, Telangana Jana Samithi and CPI – openly ditching one another fielding rebel candidates in several constituencies.

Especially the Congress, TDP and Telangana Jana Samiti issues B forms to their party candidates in the constituencies other than what were allotted to them as part of seat sharing.

Similarly, in Miryalguda was allotted to the TJS which has nominated Vidyadhar Reddy for the contest. But on Sunday night, the Congress announced that it was fielding BC Welfare Association president and former TDP MLA R Krishnaiah, who joined the Congress only in the evening.

In Dubbak constituency, which was also allotted to the TJS candidate Raj Kumar, the Congress party gave the B form to Maddula Nageshwar Reddy.

The Congress also fielded Kata Srinivas Goud in Patancheru, which was originally allotted to the TDP which decided to field Nandeeshwar Goud.

In Warangal (East), too, the Congress gave the B form to Gayatri Ravi, though TJS has announced the candidature of Gade Innaiah as part of seat sharing.

Similarly, in Rajendranagar constituency in Hyderabad which was allotted to the Telugu Desam Party, Congress ticket aspirant P Karthik Reddy filed nomination as a rebel. #KhabarLive

Students Elections Is Not A ‘Popular Mood’ Of The Nation As...

Why Many Of The ‘Election Duty Staff’ Posing ‘Sick’ Excuses To...