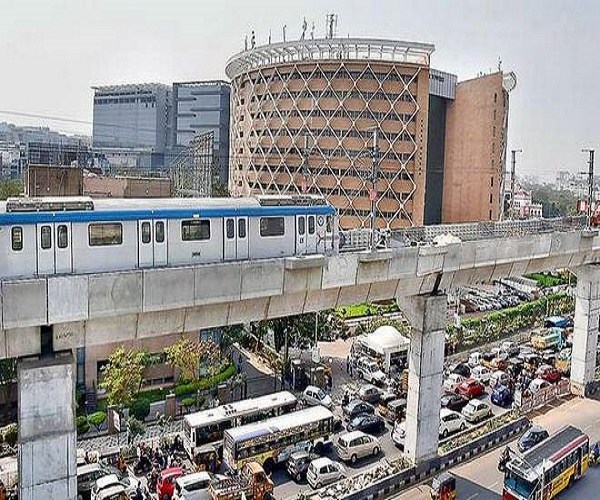 The Commissioner of Metro Rail Safety (CMRS) has already given conditional clearance for public travel from Ameerpet to HiTec City despite the pending ‘reversal’ construction.

There was much speculation on the stretch being opened before the notification for general elections was issued. Now that the poll notification is issued and model code of conduct is in force, there is a deafening silence on when the metro line stretch would be made operational. Neither the Hyderabad Metro Rail nor the L&T Metro Rail Hyderabad are explaining the circumstances leading to the delay in opening the line or when it would be opened.

“It will be opened this month. But we cannot say the exact date at this moment,” was the reply by multiple sources when pressed about the date. Even TRS working president K.T. Rama Rao, who has been overseeing its construction ever since he took over as the Municipal Administration Minister, has been keeping mum on the issue.

However, there are sufficient indications that most of the ground-level work such as entry/exits to the elevated metro rail stations, especially at Durgam Cheruvu, would be completed by next week, as well as footpaths and other street infrastructure. Then, there would be no ground for putting off the commissioning of the line anymore.

Meanwhile, there are many citizens who have raised the issue on Twitter with comments like ‘Lack of information about the project update’, ‘missing multiple deadlines in the last few months’, and ‘no commitment to public’ to mention a few.

When opened, the HiTec City metro line from Ameerpet would be slightly different from the rest of the metro rail network as trains would run on individual tracks from Jubilee Hills Check Post to HiTec City. This would continue till the ‘reversal’ elevated line till Hotel Trident is completed. #KhabarLive

Touts Cash On Making The ‘Birth Certificates’ In Fear Of NRC...

The Acrimonious Cry Of People Of Srikakulam, Worst Hit By Devastating...