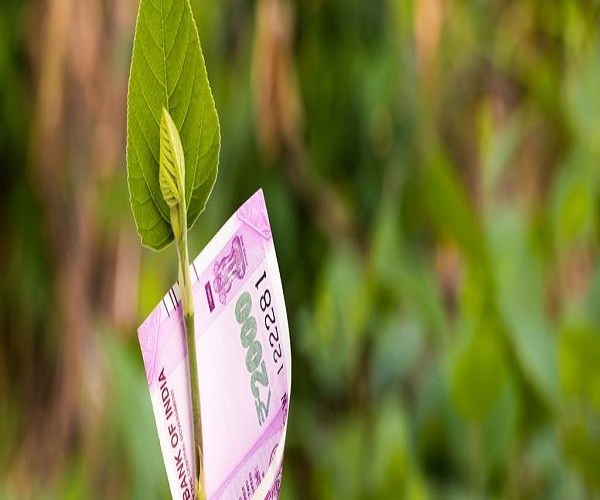 Once again, while speaking during the motion of thanks on the President’s speech, Prime Minister Narendra Modi made it clear in the Lok Sabha that agriculture would be his government’s top priority.

“Agriculture is the backbone of our economy,” he said. His diagnosis is right, and the acknowledgement has come at the right time. Even though more and more people are quitting farming, it continues to employ most in the country.

Agriculture still accounts for a bulk of rural consumption that eventually contributes to the country’s overall consumption level.

His prescriptions are also dot on: “But we have to leave our old ways and embrace things like micro-irrigation. We have to bring down inputs costs. We have to hold the hands of our farmers.”

Farmers have been struggling with inadequate returns on their produce. And it is due to various reasons; an important reason being the rising cost of inputs bringing down earning.

Finally, ending his notes on agriculture, he said: “Why does the corporate world have no investment in agriculture? We have to inspire them, we have to create new policies for them. Making tractors is not enough. Food processing, warehouses, cold storage need corporate investment.”

Here as well, nobody can dispute his arguments on where and who should be targeted for helping out the farmers to get fair price. According to government estimate, there is scope for expanding the area under horticulture crops by 4 million hectares. This will generate eight million additional employment opportunities in horticulture. Taking up high-value crops like the horticultural ones increases gross returns up to Rs 110,000 per hectare, according to government data.

The biggest challenge that haunts horticulture farmers is the sale and post-harvest loss. This is already making this boom less lucrative to farmers. While, the government takes pride in saying that India is the second-largest producer of vegetables and fruits in the world, it may be noted that these are perishable produces and the per capita availability of fruits and vegetables is quite low because of post-harvest losses, which account for about 25 per cent to 30 per cent of production.

During 1982-83 to 2011-12, horticulture production went up every decade. But the wholesale prices of produce dipped after 2004-05. Every year, farmers lose around Rs 63,000 crore for not being able to sell their produces for which they have already made investments. Just to make sense of this staggering figure: This amounts to 70 per cent of the investment required for making available cold-chain infrastructures essential for avoiding post-harvest losses.

But, his inquisition on the corporate sector not investing on agriculture has some doubts. If one considers only corporate houses/private industrial ventures, they are a booming group of private concerns. They drive India’s farm mechanical sector; the seed sector and also have significant investments on horticulture related and food processing sector. Yes, these businesses have huge potential to be exploited.

But, agriculture is a private business. One may argue it is the country’s largest private entrepreneur venture of over Rs. 26 lakh crore turnovers/year.

Not only this, farmers have to make the most of investment to fulfil Modi’s promise of doubling of farmers’ income by 2022.

The government-appointed Committee on Doubling Farmers’ Income, led by Ashok Dalwai, feels that the target is achievable. According to the report, real income from farming — around 60 per cent of a farmer’s total income — has to be doubled (as targeted for 2022). If achieved, this will change the ratio of a farmer’s income from farm and non-farm sources — from 60:40 at present to 70:30 in 2022.

But, the committee’s estimate of costs involved, both government and private, has some insights on how or whether private participation can help farmers’ income doubling.

While estimating the required investment, the committee has assumed that the sector’s growth rate from 2015-16 will remain constant till 2022 and increase the farmers’ income by 9.23 per cent every year.

But if the bulk of the private investment is from farmers, what incentives they should be offered to continue farming. This needs to be charted out as the corporate sector features mostly after the harvests, and mostly in processing or creating storages.

This brings the debate to where governments have left, now and as well as earlier: what would be the government’s role in it, then? #KhabarLive

Combating The ‘Convergent And Assertive’ Action For ‘Swachh Telangana’

‘First In The Country’ – Andhra Pradesh Moving Towards ‘No-Potholes Roads’...