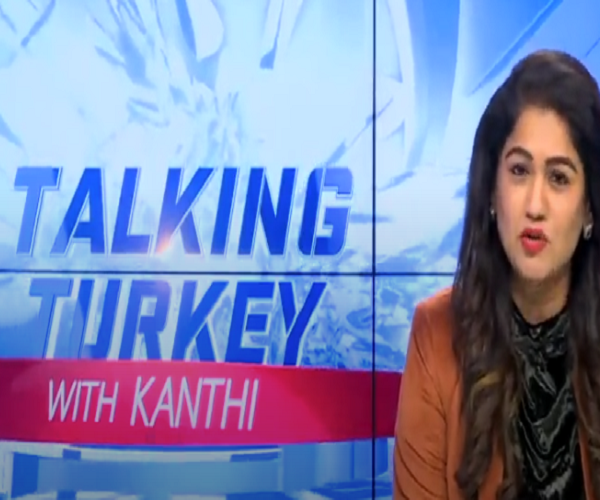 The #KCR government in the Pragati Nivedana Sabha talked about the progress of Telangana in many sectors. But Sports was never mentioned. Why? Have the achievements in sports till date in Telangana happened despite the Government’s support. Is it Chandrababu Naidu who has created the sports legacy in the erstwhile AP. Has telangana been able to carry it forward.

Expect Kanthi D Suresh – the high profile Editor-in-Chief of #PowerSportz, the only online sports news channel, which is creating more than just waves in the world of news broadcasting, to stir up a subject such as “who the Voters of Telangana should bring to Power”. The program went live on the first day of December on the channel’s program – Talking Turkey.

Despite having strong roots, affinity, and a soft spot for Hyderabad, Kanthi maintained an imperturbable stance and demeanor while running the discussion. Kanthi, known for her strong networks in the corridors of the capitals power centres was able to look at every situation objectively, and remain aware of the bigger picture.

The program content is unparalleled since it is the first time that the performance of a state is being measured based on the performance of the state in the realm of sports. Watching the program makes it clear that attention to detail, precision of analysis, and logical discussions are the hallmarks, which would be enough to influence the decision of the voters.

The basis of the show was that despite Telangana having 1cr sports lovers of a total population of 3.9crs, The KCR government did not mention sports in the @Pragati #NivedanaSabha, whilst there was talk about the progress of Telangana in several realms and sectors.

ALSO READ:  How Oppressed And Depressed Are Muslims In India?

The two panelists on Kanthi’s show were Madhusudan Srinivas – Senior Editor NDTV, and badminton enthusiast, and ShahjiPrabhakaran – President of Delhi Football Association, who is also closely associated with FIFA. Kanthi pointed out that Telangana has a GDP of $10200, which means that it is economically sound and would be able to bear the expenses of infrastructure, facilities and personnel to further the cause of sports. In addition, Telangana has a large population of sports lovers, but despite all these facts Telangana has ranked 15th in school games performance, across 3 years, with a rank of 13th last year.

A further revelation of facts revealed that at least 22.5% schools in #Telangana do not have playgrounds, which, Kanthi believes could be an obstacle in the performance of the state in sports. Kanthi then pointed out that in the 2015 National Games, Telangana had ranked 12th, while the guests felt that a ranking of 12 did not augur well with Telangana that once hosted national games itself.

The Governments announcements of cash awards to medalists and a 2% reservation of jobs under the sports quota were also discussed . Telanganas performance in International events were also highlighted. The end of the discussion saw both the guests giving Telangana a rating somewhere between average and good.

Kanthi too believes that since the state government did not thwart the efforts of the individual contributors, it did deserve some credit, and hence would rate it as good.

We believe that with #PowerSportz becoming an ‘authority’ on sports, the rating of good is probably something Telangana should be happy about, and must make more concerted efforts to promoting sports in the state. #KhabarLive