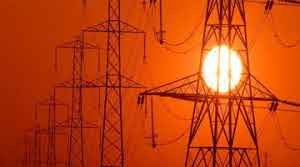 On April 28, Leisang village of Senapati district in Manipur became the last village to be brought on the National Power Grid of India. With this, the mammoth task of taking electricity to every village of India has finally been achieved. Prime Minister Narendra Modi’s commitment to this goal of universal household electrification demonstrated political commitment at the highest level.

While the project work was on, an additional 1,275 villages were found to be having no access to electricity. But here is the catch. A village is declared to be electrified if 10 per cent of the households can access power along with public institutions such as schools, panchayat offices, health centres, dispensaries and community centres are provided with power supply. Household electrification remains the final frontier in providing electricity access.

This means that still 32 million homes in the country are in dark. As of April 26, less than 8 per cent of the newly electrified villages had all homes electrified, according to the data. Moreover, simple connectivity alone does trigger economic activity as it requires a continuous and good quality power supply to ensure the same. To meet its next deadline, the government has to accelerate its monthly pace by more than threefold, it is estimated now.

The reason as to why India has failed to deliver on electricity front so far is simple – local politics. State governments require the companies that distribute and market electricity at the state level, to sell power to consumers below cost, because of its politics. This forces the Discoms to borrow heavily to pay power generation companies. Up to 20 per cent of power supply is lost during transmission due to various reasons.

Using electricity directly for economic activity means ownership of appliances that come into play. Appliance ownership in turn depends on the household’s economic status and on the quality and availability of power supply. This makes the problem more challenging. Lack of access to energy at home and for income generating activities is associated with higher levels of poverty, low productivity, heavy workload, women’s safety issues, missed educational opportunities and high exposure to health risks.

The cost of power supply to rural areas is also higher and majority households cannot afford high cost supply. No government could take credit alone, anyway. A process that began with the Rajiv Gandhi Grameen Vidyutikaran Yojana launched in 2005 has truly gathered mkomentum with the DDUGJY launched in 2015 and the Pradhan Mantri Sahaj Bijli Har Ghar Yojana (Saubhagya scheme) which began in September 2017.

The push is part of a large power sector thrust and capacity addition. The crux lies in translating the surplus into power for all. Governments must display the same commitment because there is many a slip between the pole and the household. #KhabarLive

Why Indian Govt Doesn’t Want To ‘Pray Namaz’ On Roads?