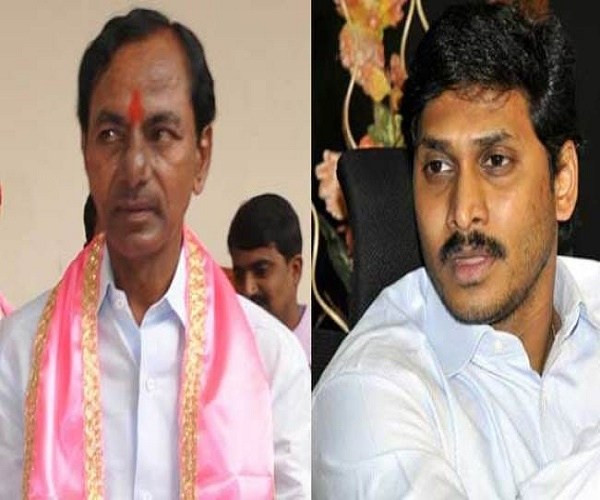 When AP CM YS Jaganmohan Reddy ordered demolition of illegal structures along the Krishna river bund in Amaravati, including the one constructed and used by former AP CM N Chandrababu Nadu, it reminded everyone of Telangana CM K Chandrasekhar Rao.

This is because KCR ordered demolition of illegal structures in state capital Hyderabad within a month of becoming CM in June 2014.

Similarly, Jagan too ordered demolition of illegal structures in state capital Amaravathi, within one month of becoming CM.

KCR even ordered demolition of N-Convention owned by Tollywood actor Akkineni Nagarjuna on the ground that it was built by occupying a portion of the lake.

However, except demolishing a shed constructed in the parking area at N-Convention, KCR could not do anything.

Even in Ayyappa Society, KCR halted the demolition of illegal buildings abruptly.

Everyone knows KCR was forced to halt demolition drive after few rich and politically influential persons brought pressure on him. KCR’s much-hyped demolition drive has hit a dead end within a few months.

Now, the focus has shifted to Jagan. Political pundits feels, why Jagan kept his good image on stake by copying the failed demolition drive of KCR in Telangana?

Jagan too will face a similar situation if he dares to touch the buildings owned by rich and politically influential people.

Jagan can demolish Praja Vedika, because it belongs to government but what about nearly 50 illegal buildings owned by rich and powerful people.

Now the question that comes to the fore is whether Jagan would succeed in his mission to demolish illegal structures or whether he will end up as another KCR, who kept mum coming under pressure from powerful people.

If Jagan is honest in his mission, he should go ahead come what may and should not become another KCR. #KhabarLive