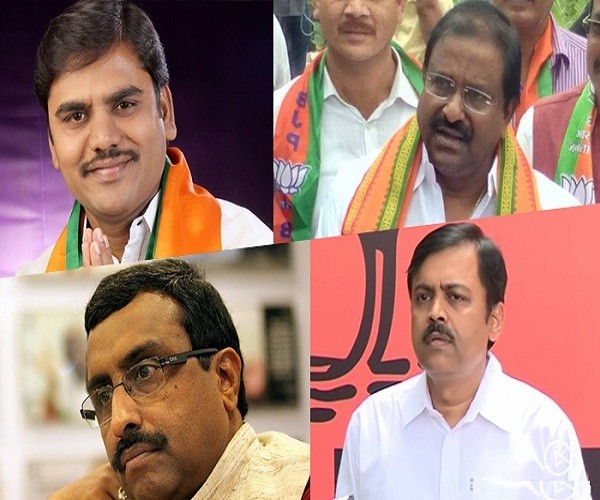 Unlike Congress leaders of Andhra Pradesh who had tried their best to fight against their own high-command during the bifurcation of the state – as many of its MPs resigned and even then CM from Congress had resigned and shown their defiance openly, BJP leaders of AP are dancing to the tunes of their top brass leaving the interests of AP to the last.

Besides taking a complete side in favour of Narendra Modi, Amit Shah despite knowing the fact that they have given ’empty hands’ to AP, BJP’s AP leaders such as Vishnu Vardhan Reddy, Somu Veerraju, Ram Madhav, GVL Narasimha Rao are all showing pure arrogance on people, AP leaders in media debates.

This arrogance of these leaders is becoming a hot topic in social media, public forums. Instead of fighting for the interests of AP and people, these BJP leaders from AP have taken a complete biased side towards their national leaders which is shocking many.

Notwithstanding the public anger, outcry against the unfulfilled promises of BJP, these local leaders continue to show their arrogance. “The arrogance of BJP leaders from AP is what is said to be hurting people more than their inability to bring any funds to AP,” commented a senior political analyst. #KhabarLive

Why Chandrababu Naidu’s Intentions Do Not Become Investments In AP?