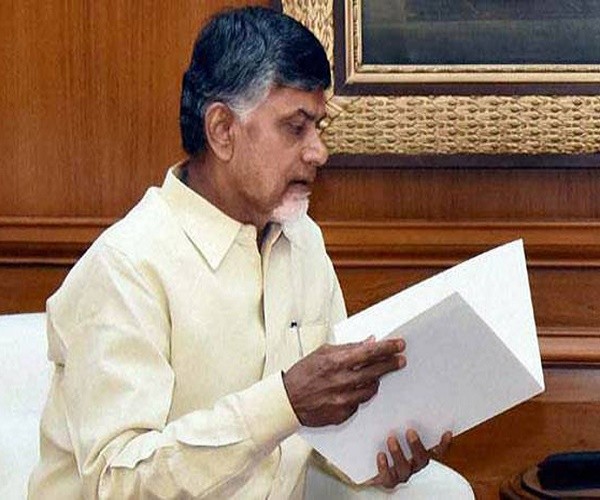 The chief minister is testing political waters for an alliance, minus the BJP, ahead of the 2019 Lok Sabha elections. Telugu Desam Party supremo and Andhra Pradesh chief minister N Chandrababu Naidu is at his wit’s end trying to rally pan-India support for his state’s demand for the grant of Special Category Status (SCS) and implementing other assurances made at the time the Andhra Pradesh Reorganisation Act was passed in 2014.

By spending two days in New Delhi, meeting leaders from across the political spectrum, including BJP’s Murli Manohar Joshi and Hema Malini, Naidu has underscored that he and the TDP are no less than the others, particularly the rival party, YSR Congress, led by YS Jaganmohan Reddy, in campaigning for SCS.

Both regional parties have indulged in a game of political one-upmanship, after remaining silent for almost four years, to show they are serious about SCS. Further, the TDP has also accused the YSR Congress of being in cahoots with the BJP and accused its MP, V Vijay Sai Reddy, who began as the auditor and financial adviser of Jaganmohan Reddy’s companies, of lobbying with the government to get CBI cases against them put on the backburner.

Amid all this, Naidu is seeking greater support for Andhra Pradesh’s demands from outside the state. It is the precursor of a plan for a potential alliance with political parties in different states, minus the BJP, for the next Lok Sabha elections. While Naidu is in no hurry to forge this alliance he is still indulging in political posturing to garner support from across states to impress the TDP supporters and sympathisers back in Andhra Pradesh that his party is with them and working for rapid economic development of the state, building its capital and creating jobs for its people.

If Naidu manages to convince a sizeable chunk of the population that he is working for them, the TDP has a fighting chance to retain power, enabling Naidu to govern the state for the second time in a row.

The TDP chief firmly believes that unlike any chief minister before him, in the erstwhile undivided Andhra Pradesh, he has always kept the interests of the Telugus at heart and worked tirelessly towards building a buoyant economy.

He has often emphasised that Prime Minister Narendra Modi and the BJP have not treated him fairly. Naidu hopes that by adopting a rigid stance on the SCS demand, the TDP can outwit political rivals in the next Assembly election.

The YSR Congress is, however, not taking all this lying down. Its MPs are preparing to resign from Parliament, or, at least the Lok Sabha, when the current session concludes. They will then take to the streets to claim they have made greater sacrifices than the TDP in safeguarding the state’s interests.

They are expected to run down the ruling party and Naidu. The BJP, on its part, has already begun that campaign.

“Amaravati is a synonym for corruption. Chandrababu’s trip to Delhi was nothing but a political move. TDP’s credibility in national politics has declined. There is absolutely no truth, integrity or credibility in Chandrababu’s arguments. He will not be able to gather support, even if he tours the length and breadth of India. He must be in a state of hallucination if he believes that he is putting pressure on the Centre by meeting chota leaders,” thundered BJP spokesperson GVL Narasimha Rao, a newly elected Rajya Sabha member.

The BJP in Delhi and in the state is stepping up pressure to counter Naidu’s arguments about betrayal by describing him as a corrupt destroyer. This is easily the fiercest attack on the TDP chief in his 40-year-old political career. Standing up to it will be a daunting task, with Jaganmohan Reddy as well as Pawan Kalyan of the Jana Sena party taking the TDP head on in preparation for simultaneous polls to the Lok Sabha and the legislative Assembly.

“The BJP wanted weaker alliance partners, like YSR Congress, facing trial on charges of corruption who could be controlled, whereas it could not dictate a hard bargainer like me who was not willing to compromise on the interests of Andhra Pradesh,” says a stern Naidu. He claims that had the BJP fulfilled whatever they had committed to in 2014, “My government could have done much better than we have achieved so far.”

Naidu is confident that all political rivals, including the BJP, “will pay the price for deceiving and humiliating my state in the next elections.” To know the truth behind the claim we will have to wait for the electoral outcome. #KhabarLive

Is Chandrababu Naidu’s Knockback Of CBI For Good Or Bad?

‘Busting Myths’ By ‘Loving Reptiles’ Are Passion Of These ‘Hyderabadi Women’