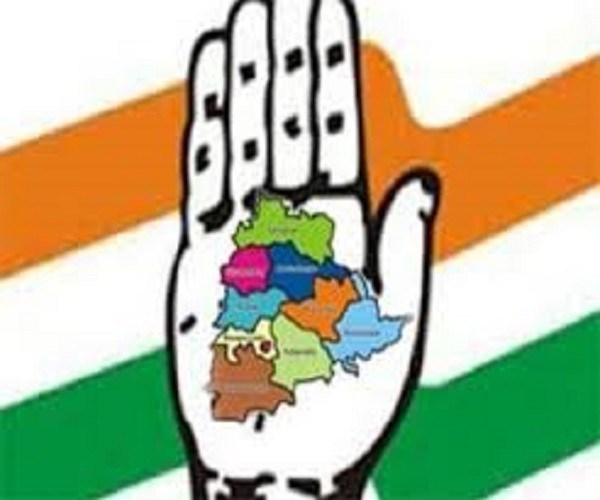 The Telangana Assembly has nearly become ‘Congress-mukt’ with the defection of 12 of its legislators to ruling Telangana Rashtra Samithi (TRS), even as one more Congress MLA has announced plans to switch loyalty to the Bharatiya Janata Party (BJP).

The national party is facing existential crisis in the state, where it had hoped to revive its fortunes by claiming credit for the state’s creation.

With its strength in 119-member Assembly already reduced to six, the grand old party has also lost the status of main opposition party.

With the crushing defeat in Assembly elections in December last year, Congress had failed in its second consecutive attempt to come to power in India’s youngest state, which it had carved out of Andhra Pradesh in 2014.

Within six months after the debacle, the Congress lost the status of main opposition in both the Houses of State Legislature.

TRS, which had lured 25 MLAs of opposition parties in its earlier term, lost no time in resuming its efforts to woo Congress legislators. The defections started in March, dealing a huge blow to Congress morale on the eve of Lok Sabha elections.

Lacking a charismatic leader and reeling under internal squabbles, Congress was in total disarray. However, Congress and BJP, by winning three and four Lok Sabha seats respectively, shattered the dreams of TRS for a clean sweep in Lok Sabha polls.

Out of 17 seats, TRS could win nine while its ally All India Majlis-e-Ittehadul Muslimeen (AIMIM) retained its lone seat.

At a time when Congress with its good showing in Lok Sabha and Legislative Council polls was hoping for a revival, it was dealt a huge blow by 12 MLAs who met Speaker P. Srinivas Reddy on June 6 and urged him to merge them with the TRS. Hours later, the Speaker recognized their merger as they constitute two-third of total members of Congress Legislature Party (CLP).

Under Anti-Defection Act, the defectors required two-third majority to seek merger with any party.

The development came a day after state Congress chief Uttam Kumar Reddy resigned from Assembly as he was elected to Lok Sabha from Nalgonda in the recent elections.

Congress was up in arms, terming the merger as a murder of democracy. Its leaders and cadres took to streets to condemn TRS for what they called luring their MLAs with power and money.

They alleged that the speaker sat on their pleas for disqualification of MLAs who had earlier announced that they will join TRS but took prompt action after their numbers swelled to 12 and they met him to request the merger.

CLP leader Mallu Bhatti Vikramarka, state Congress chief Uttam Kumar Reddy and others moved High Court, challenging the Speaker’s decision. The court issued notices to the defectors and the Speaker and the matter is still pending in the court.

TRS, however, claimed that Congress legislators acted on their own to join TRS as they were impressed with the government’s welfare and development schemes.

“We have comfortable majority and we don’t need support of anybody. When Congress can’t keep its own flock together what can we do,” asked Chief Minister K. Chandrashekhar Rao asked in State Assembly last week.

He defended the merger of defected MLAs with TRS saying it was done as per the 10th Scheduled of the Constitution of India.

The Congress also lost the post of leader of opposition in Assembly. A party needs one-tenth of the strength of a House to have the status of main opposition.

Mallu Bhatti Vikramarka, a Dalit leader, lost the status of Leader of Opposition. As if this was not enough Congress received another shock with its senior leader and MLA K. Rajagopal Reddy announcing that he will join BJP. Slamming the state Congress leadership for their failures, he said there are no hopes of party’s revival in the state. “Only BJP can provide an alternative to TRS and I will join that party,” declared Rajgopal Reddy.

His exit will bring the Congress tally to five. AIMIM, an ally of TRS, became second largest party with seven MLAs. BJP and TDP have a legislator each.

In December last year, a few days after the Assembly elections, Congress had lost the status of main opposition party in the State Legislative Council when four of its six members defected to TRS.

Three MLCs from TRS who defected to Congress on the eve of Assembly elections were also disqualified by Council Chairman.

Political analysts say as the party is yet to set its house in order at the national level following resignation of Rahul Gandhi as party chief in the wake of debacle in Lok Sabha polls, there are no chances of the party making any serious attempt in near future to regain the lost ground in the state. #KhabarLive