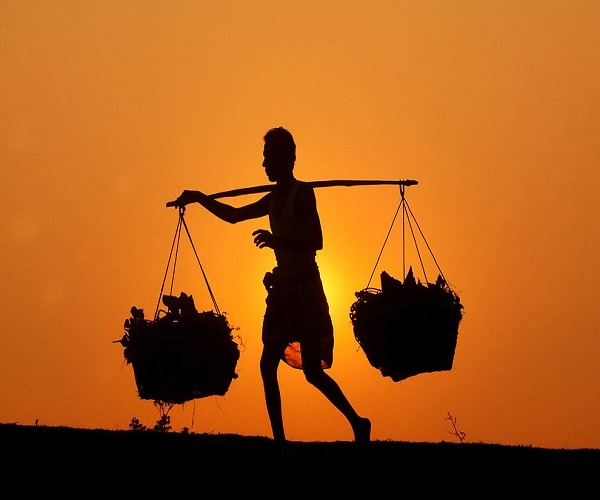 The months leading up to a general election in India are almost always marked by competitive populism. As the country prepares to elect a new government in 2019, political parties are in a race to woo anguished farmers reeling from widespread agrarian distress. And their favourite card is also an old one: large-scale loan waivers.

In the past week alone, newly elected state governments led by the Indian National Congress in Rajasthan, Chhattisgarh, and Madhya Pradesh have announced massive relief on the farm-loan front, fulfilling one of the party’s key poll promises.

While in Rajasthan the cap on the loan amount is fixed at Rs2 lakh ($2,860), in Chhattisgarh, the government is letting go of a cumulative Rs6,100 crore from 16 lakh farmers. In Madhya Pradesh, the total amount of loans being waived is nearly Rs35,000 crore.

Not surprisingly, the clamour for a reprieve is growing in other states as well. Congress president Rahul Gandhi took to Twitter earlier this week to announce that he “won’t let the prime minister sleep” till a nationwide waiver is announced.

However, such waivers are a stop-gap measure at best. In the long run, they will have a debilitating impact on all parties involved—banks, politicians, the economy, and even the farmers themselves.

Farmers
The first major nationwide farm-loan waiver was announced in 1990 and then again it came back into vogue in 2008, a year before the general elections.

This relief, however, didn’t reach the most needy. Nearly 90% of the farmers had taken loans from private money lenders and, therefore, the impact of this largesse was limited, according to P Sainath, a veteran journalist covering rural India.

That’s because loan waivers apply only to formal credit.

“If you look at the percentage of farmers who have any outstanding loans from institutional sources, it is not even 50%. So, you are spending lakhs and crores of rupees and not even half of the farmers are benefiting. In some of the states, not even 25% of farmers avail institutional credit,” Ramesh Chand, a member of Niti Aayog, the government’s policy think tank, was recently quoted as saying by various media organisations.

A Niti Aayog study had also revealed that, in some states, about three-fourths of the crop loans ended up being used for consumption purposes and not to meet agricultural needs, Chand said.

“There is no evidence of improvement in agricultural productivity, rural wages or household consumption (from loan waivers),” a paper by the Reserve Bank of India (RBI) released last year had also said.

Therefore, banks are wary of lending to farmers.

“There have been instances when farmers have told bankers that they are delaying payments as they are expecting another round of waiver and, therefore, banks go on a backfoot,” VG Kannan, CEO of the Indian Banks’ Association, told #KhabarLive.

ALSO READ:  Why Next Elections Will Focus On Regional Parties Versus BJP?

While farmers’ distress is acute and help is warranted, remedial measures must go beyond debt waivers.

Banks
Lenders have loaned over Rs10.6 lakh crore to farmers for agriculture and other allied activities, according to RBI data as of Oct. 26, 2018. The loan waivers announced till now account for nearly 16% of these outstanding loans.

Farm-loan waivers are usually followed immediately by a dip in banks’ bad loans as they are compensated by the state governments. However, the credit culture gets affected as the farmers take government intervention for granted. This leads to increased borrowings and, later, a rise in banks’ non-performing assets (NPAs).

Take the case of the State Bank of India (SBI), the country’s largest lender. Its NPAs stood at 6.4% before June 2017 when farm-loan waivers were announced in UP and Maharashtra. By September 2018, this rose to 11.4%, according to a report by Macquarie Research. For the sector as a whole, before the 2008 loan waivers, agricultural NPAs had stood at 2%. This shot up to 6% in 2017.

“The other problem is that at times money to the banks (from the government) reaches later (as seen in waivers in Maharashtra and Karnataka) which affects their balance sheets. It shouldn’t happen that the banks don’t have money to lend to other borrowers as they wait for the state to compensate them,” added Kannan.

Most importantly, economists warn that these measures are only temporary and come at a huge cost.

ALSO READ:  Why Getting Scared With 'Technology' And Afraid Of 'Techies'?

“Loan waivers…have delirious consequences on bank NPAs, agri-credit growth, and public investment in agriculture,” Soumya Kanti Ghosh, chief economic advisor for SBI, said in a report. “We must endeavour to create domestic and export markets for farmers. Otherwise we will land up in a vicious cycle year after year!”

Economy
The RBI has been repeatedly sounding warning bells.

In a report on the fiscal health of state governments released earlier this year, it had cautioned that their finances can go for a toss due to farm-loan waivers.

Overall, revenue from the new goods and services tax (GST) regime still remains low. At such a time, waivers can come as a double whammy.

In order to foot the loan-waiver bills, the states will have to cut down on capital or social expenditure, which doesn’t augur well for the economy, a report by the credit ratings agency India Ratings pointed out.

“The…waivers could widen the fiscal deficit (the difference between expenditure and revenue) of Assam, Madhya Pradesh, and Chhattisgarh to 3.2%, 8.0%, and 4.4%, respectively, in financial year 2019,” the report said.

Instead, the governments have to come up with more effective measures such as insurance schemes with better value propositions, a higher minimum support price, and ways to improve crop productivity, economists say.

As for the political parties perpetuating the waiver culture, it only saves them temporarily from a backlash. Persistent structural problems in the economy won’t help them in future elections. #KhabarLive

Why Demand For ‘Special Category Status’ For Andhra Pradesh Is Resonating...