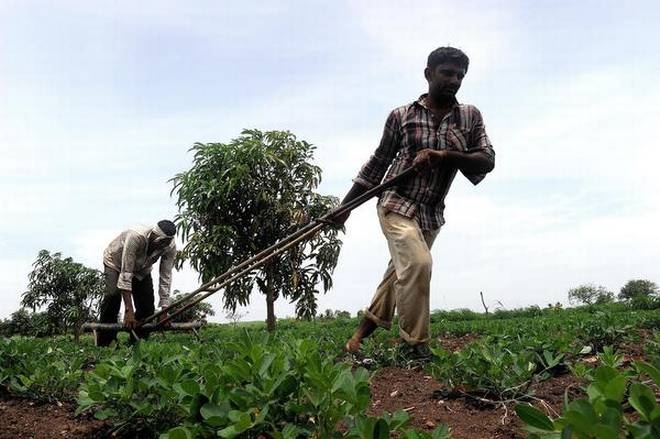 After the 180 km ‘Long March’ of tribals and farmers from Nashik to Mumbai between 6 and 13 March, farmers were once again on the front pages of newspapers when they gathered in number in Delhi on November 30. Among their main demands were remunerative prices for produce and relief from debt.

The two demands are intertwined. If farmers got a fair share of the prices consumers pay, most of them would not be in debt for their farming operations. But India has failed to get agri-markets right.

Just two days before the farmers’ protest in Delhi, Maharashtra had announced it was withdrawing the APMC bill from the upper house of the legislative assembly a day after it was passed in the Vidhan Soudha on November 27. The bill was to confirm an ordinance which the state government had passed in October that allowed farmers to sell their produce outside the state’s 306 regulated mandis.

Maharashtra’s minister of state for agriculture and marketing reforms had told the Financial Express that even when farmers sell outside the market yards, their committees would charge a cess of 6 percent, which they would not have to pay after the ordinance.

End Middleman’s Blackmail
According to a 2012 discussion paper reviewing input and output policies related to cereals in India, a team of economists from IFPRI, a think tank, had said that the commission on auctions in Mumbai’s Vashi market ranged from 6 percent to 15 percent. That compares with the brokerage of 0.5 percent for trades in equity stocks.

The ordinance and the bill that followed had made Maharashtra’s arhatiyas or commission agents restive. They had threatened to go on strike. Though only 16 of the state’s mandis, including those of Mumbai and Pune, had decided to join the protest, the government got nervous and withdrew the bill.

Unless the farmer is given the freedom to choose their seller, they will subject to usurious exactions. Reporting from Madhya Pradesh’s Piplya Mandi in Mandsaur district, Mint correspondent Sayantan Bera reported on November 21 that farmers were selling garlic at Rs 7 a kg even after waiting since March for better prices.

He said wholesale garlic prices had fallen as low as Rs 2 a kg. Around that time garlic was selling in Delhi’s NDDB-owned Safal stores at Rs 99 a kg. Even discounting for moisture and quality, the difference between the retail and wholesale prices of garlic was stark.

Fulfill the Promise Of Giving Choice to Farmers
Farmers will not be free to sell as long as they do not have a choice of lenders. So long as farmers cannot get loans from banks easily and depend on arhatiya-moneylenders they will be forced to sell their produce to them soon after harvest, when prices tend to be low, and repay the loans.

So the nexus between commodity and credit markets has to be broken. Alongside, scientific warehousing facilities will have to be provided, and the farmers should be able to borrow against the warehouse receipts. Such receipts are now treated as negotiable instruments but the practice has not caught on to make a significant impact.

In April 2016, the government launched a project to bring the country’s main mandis onto an electronic trading platform. Electronic trading would allow buyers from anywhere in the country to bid for farmers’ produce. Competition would break local cartels and fetch better prices for farmers. The best bids would be communicated to them through SMS and they would have the choice of accepting or rejecting them. The price would be credited to the bank accounts directly, so there would be no illegal exactions in cash.

But the project has fallen short of promise. To enable remote buying, commodity grades would have to be set and farmers would have to produce to those grades. That has not been the practice so far.

Grading and assaying facilities would also have to be provided at the mandis. Farmers should be able to store their produce at the mandis in warehouses, should they choose to await better prices. In the absence of such supportive infrastructure, electronic trading would just be a way of doing old things in a new way.

Price Distortion Needs To Go
Farmers want the pricing formula recommended by M S Swaminathan, an architect of India’s Green Revolution, to be adopted. But paying farmers 50 percent more than the cost of cultivation would result in them producing without regard to demand. What traders will not buy, the government will have to procure, stock and eventually dispose off – at a loss.

The Manmohan Singh government was able to hike minimum support prices substantially because commodity prices had spiked globally then.

To win farmers over, the government has announced minimum support (MSPs) prices for 23 commodities which are 50 percent above their cash costs.

But except for wheat and rice in a few states, there is little or no procurement happening in other commodities. Their prices are ruling below their MSPs and farmers have no option but to accept those low prices.

ALSO READ:  Why This 'Hyderabad Congress Leader' Is Spending Nights At Slums In Secunderabad Area?

To get markets right, the government will have to stop interfering in them. That means, export restrictions and stocking limits will have to go. A per hectare payment to farmers is a better way of providing them income support than MSPs which distort prices. But the prices of inputs like urea and electricity will also have to be market-linked so there is no overuse of fertilizer or water.

Organise Agriculture Sector
Telangana gives its farmers Rs 4,000 per acre per season, but this is not available to tenant-cultivators, who lease land informally. So it is important to legalise leasing, which will also help consolidate small farm holdings and bring economies of scale.

Small-holder farmers need to be organized too, so they can bargain while purchasing inputs and get better prices for their produce like Amul has done for the dairy industry. In the private sector, McCain’s contract farming model with the potato growers of Gujarat’s Banaskantha and Sabarkantha districts is an example to emulate.

Enlightened cooperatives like the one of arecanut growers in Sirsi in coastal Karnataka are required. Allowing farmers easy access to seed technology, providing crop insurance and extending the spread of irrigation, will insulate them from distress.

A number of pieces will have to fall in place to get agri-markets right. It requires the government to be clear in its mind and adopt a sustained problem-solving approach. Sadly, this government has fallen short on those counts. The recent assembly results should serve as a warning about the wrath of the farmers. #KhabarLive 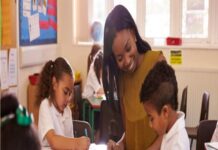 ‘Corporate School’ Teachers Strugglling To Do ‘Anything’ To ‘Save The Job’...