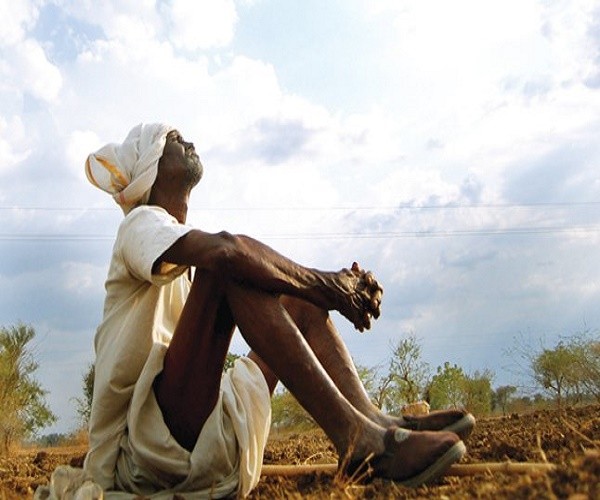 It seemed like the media was on a copy/paste job while headlining the first monsoon forecast released by the Indian Meteorological Department (IMD). “Why the monsoon is so crucial for PM Modi, inflation and the RBI policy,” screamed one. “IMD monsoon forecast spells good news for farmers, government,” announced the other. Most news organisations went with variations of the same.

Monsoon Has Ceased to Be a Lucky Charm
Is monsoon as relevant today as it has been made out to be? My research shows that good monsoon, smiling farmers and better economic growth correlation, at best, is a tenuous one. I had written elsewhere that:

“2009-10 was a drought year with a monsoon rainfall deficiency of 22 percent of the long-term average, resulting in a 7 percent dip in total foodgrain production. But that did not dampen the consumer sentiment as the auto sector grew by 26 percent, FMCG by 25 percent and the consumer durables sector by 21 percent. The momentum continued the following year too with all the three sectors registering handsome growth and major chunk of that growth is estimated to have come from rural areas.

What would have boosted consumption was the implementation of the recommendations of the sixth pay commission in late 2008 and payment of 60 percent of arrears to central government employees in 2009. The rural consumption, however, got a boost from nearly 17 percent growth in nominal wages of workers and widening coverage of rural employment guarantee scheme in 2009.

What would have further boosted income of farmers was a generous hike in minimum support price of major agriculture commodities the same year. The MSP of wheat, for instance, was hiked by 8 percent in 2009-10.

Four years later, in 2013-14, monsoon was good and agriculture production went up too. But consumption growth was in low single digits as reflected in auto sales and FMCG numbers.”

Farm Production Dips Despite Good Monsoon
Data shows that we have had 3 below average monsoon years in since 2008. Foodgrain production too dipped in 3 out of the 10 years, but not necessarily in years of deficient monsoon.

Foodgrain production has been close to or more than 250 million tonnes since 2010 despite sharp variation in the performance of monsoon all these years.

Is bumper production a guarantee that farmers will get better return on investment?

ALSO READ:  This Little-Known 'Hyderabadi Studio' Made The 'Baahubali' A Visual Mega Spectacle

A recent Crisil report is an eye-opener and shows the extent of farmer distress despite better than normal monsoon and bumper agricultural production in 2017. It has analysed price trend in four farm produce categories – pulses, cereals, coarse cereals and oilseeds.

And the conclusion is quite depressing. It says that except in the case of paddy which fetched healthy profit margin for farmers, prices and profit margins of all other agri products almost collapsed in 2017.

“Since June 2017, urad prices have fallen below the MSP. In August, the average mandi price of urad was 6.5 percent lower than the MSP. Profit margin, though positive, is 99.7 percent lower on-year.”

“During the peak arrival period (March-June 2017) mandi prices (of wheat) grew a mere 0.6 percent on-year on average. Due to faster growth in input costs, profit margin during this period declined 6.6 percent on-year.”

In the case of soyabean, “profit margins of soybean fell an average 67.8 percent on-year in AY2017, as mandi prices fell 16.9 percent.”

The reasons for a steep fall in farm output prices are many and the Crisil lists some of them — modest increase in minimum support price, benign global price scenario, limited reach of government’s procurement programme and disruption in supply chain following demonetisation.

Do we need to say more to prove that good monsoon contributes very little to rural prosperity? In fact, almost nothing unless accompanied by scores of other measures.

Having said that, let us recount some of the many benefits of good monsoon.

Maintaining ground water level and filling up of reservoirs for uninterrupted water supply to urban centres are some of the many long-term benefits of monsoon rains.
Unfortunately, none of them is enough to provide any succour to people living in the countryside. At least not by way of any tangible short-term gain.

High time therefore to change our perspective while describing the onset of Indra Dev’s tryst with north Indians.#KhabarLive

Why ‘Money And Muscle’ Still Rule In ‘Indian Politics’?

Why Telangana CM KCR ‘Not Included’ In National Agri Panel?