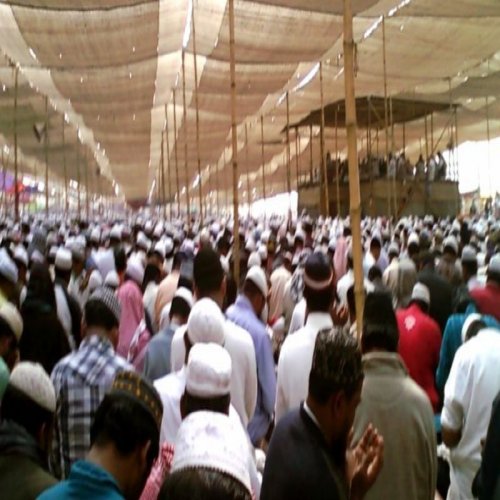 Time to dispassionately lay the blame for the single, most dangerous, event responsible for the Coronavirus spread throughout the country — the annual meeting hosted by the Markaz Nizamuddin of the Tablighi Jamaat led by the numskull of a Maulana, Saad Kandhalvi.

The blame is shared by the Central and Delhi governments and by the various police entities which means, of course, that no senior bureaucrat or police officer or any agency will ever be held responsible for the fiasco. Finger pointing at everybody else which is, in fact, the norm in these situations, is already proceeding apace.

So, let’s start by looking at the Central government.

That the COVID-19 was spreading radially outwards and very fast from the Chinese city of Wuhan had become definitively known by the first week of January. It was so taken note of and flagged within the Indian government. If most visas to the foreign attendees of the big Tablighi showcase Meet were issued after January first week, as seems likely, then both the Home Ministry and the Ministry of External Affairs — the twin-issuing authorities should be hauled up. The MEA did not alert the Modi government about the demand for visas by foreign followers of the Tablighi Jamaat at a time of the corona pandemic. The Home Ministry, the ultimate authority in visa approvals, was likewise blissfully inattentive.

That so big a “religious”, possibly combustible, event was in the works would have been known, should have been known, to the Delhi Police a good 4-6 months before it actually happened. Why? Because the Nizamuddin area police station is bang next to the mosque where the meeting had been called.

Even assuming the information about the virus and its spread was first available to the Arvind Kejriwal-led AAP government in Delhi and the Nizamuddin police station in-charge only after the Prime Minister announced his 3-week countrywide lock down March 26, the local authorities, concerned about the potentially troublesome Tablighi Meet, ought to have taken normal precautionary measures. Such as, in consultation with, or in spite of, the Tablighi leader, either calling it off or postponing it.

Given the political sensitivity about the activity of organizations such as the Tablighi Jamaat, the Delhi Police controlled directly by Modi’s political intimate and the country’s Home Minister Amit Shah, ought to have instructed Delhi Police to be at the ready, deployed Intelligence officers, operating undercover, to report on the inflammatory address by Maulana Saad. And for arrangement to be made for his prompt arrest in case anything provocative was uttered by him, and otherwise posted rapid action police forces in the area to deter troublemakers and clamp down on violence if it erupted. The inaugural session where Kandhalvi mouthed all manner of socially irresponsible, even incendiary, stuff, occurred but none of these above actions were taken.

The Maulana’s virtual fatwa to the milling thousands at the Meet to ignore the official lock down because, in any case, this virus was punishment called down by Allah for the people’s sins which, if it did nothing else, enhanced the negative impressions of Islam in the society at-large and fired up the majoritarian animus against Indian Muslims. However, owing to a completely unprepared Delhi Police who acted as if they had no inkling of anything, no immediate arrest was made, and he was allowed to go “underground”.

Far, far worse from the COVID-19 crisis point of view, between the Health Ministry at the Centre under Dr Harsh Vardhan, a Member of Parliament from Delhi, who should have known and done better, and the AAP government’s Health Department, they made an awful hash of things.

In the main, both abjectly failed to impose a complete quarantine of 2 weeks on the entire Markaz Nizamuddin congregation (to detect infection and isolate the infectors and infectees of whom there reportedly were many). It permitted the lot of the Tablighi followers to walk about freely in the larger Nizamuddin area and leisurely to return to their home states and countries, thereby helping the pandemic to spread everywhere. The slate of decisions not taken and of missed actions are particularly horrific and appalling in light of the Prime Minister’s announcement around that time of a countrywide lock down.

The AAP government is taking refuge in the fact that while it may order Delhi Police to do this and that, under the split law & order system in Union Territories, the Delhi Police doesn’t heed its orders. This is correct in theory but begs the question: Did the Kejriwal regime actually issue any orders banning the Tablighi event, failing which to order the arrest of Kandhalvi after he spouted patent nonsense, and to forcefully, if necessary, quarantine the attendees — transporting them en masse to, say, camps set up by the army in Delhi’s vicinity?

Apparently not. So both the Central and Delhi governments are in the dock for the law & order-cum-public health debacle that has ensued.

This has larger foreign policy implications. Which country, South Asian or other, will take Modi government’s programme involving a reach out on the corona pandemic, seriously?

And, finally, what to make of the Prime Minister’s televised address to the nation this morning urging the people to shine a light at 9 PM for nine minutes on Sunday, March 5, when everybody was expecting some guidance on whether the current lock down will be extended, and how his government means to cope and what the citizenry is supposed to do at the end of 3-weeks?

The media talked of the likelihood of Modi broaching the subject of a staggered lock down to get at latest some level of economic activity in the country off and running. Alas, of this there was not a mention but we are being asked to follow up the public beating of thalis, and generally making noise in appreciation of medical personnel, et al on the corona frontline, with now lighting up diyas and waving lit up mobile phones.

There’s a sneaking and well-merited fear that the Modi government quite simply has no good and substantive ideas, coming up with only hollow symbolic gestures of a kind the Prime Minister loves. Thank God, he at least warned the millions of educated illiterates populating our cities against milling around waving battery-run torches on Sunday, as they did when beating thalis!!

Hopefully, his next televised address will be less froth and foam and more beer! #KhabarLive