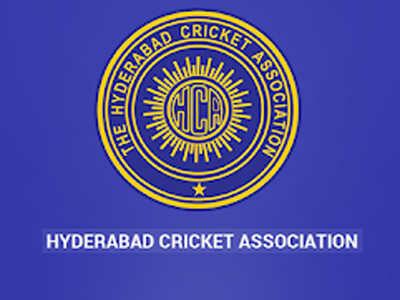 The heat is on. The Mohammad Azharuddin-led panel that captured power at the Hyderabad Cricket Association (HCA) three months ago has been accused of blatantly violating rules and regulations, particularly in the area of team selection.

As per the Lodha Committee reforms, apart from president, vice president, secretary, joint secretary, treasurer and Apex Council members who are elected, the association has to appoint an Ombudsman, an Ethics Officer, a Chief Executive Officer (CEO) and Chief Financial Officer. Neither is there a Cricket Advisory Committee (CAC) although the annual general body meeting had named MV Narasimha Rao, SL Venkatapathy Raju and Purnima Rau. But Raju and Rau had declined the offer for different reasons.

A few club secretaries are worried about the way rules are being violated, particularly with regard to selection of players. “If there had been an Ombudsman or Ethics Officer, these things would not have happened. Ambati Rayudu has rightly alleged there is biased selection and corruption in the selection of the players,’’ says a club secretary.

The latest salvo was fired by junior selector — Vivek Jaisimha — who shot off a letter to the BCCI ethics officer and the secretary of Indian Cricketers Association on Friday.

In the letter, Jaisimha said: “I would like to bring to your notice the utter disregard and non-compliance with the teams we are selecting as per rules laid out and responsibilities. Although we are supposed to select the teams, coaches, support staff, standbyes and probables with the chairman convening, we are burdened with the secretary, who insists on interfering, questioning, and blackmailing us in our meetings with names of players to add in the teams who don’t deserve to be there.”

Although Azharuddin had said his panel would clean up the association and that they were just a few months into the administration. He sought time to overhaul the system. But the point that others are making is that enough damage has already been done with regard to selections, particularly in the junior teams like Under-23, Under-19 and under-16.

Jaisimha says in his letter: “In an earlier instance, the coach and support staff selected by us for the U-19 were replaced by the HCA six hours before the team left, leading to embarrassment for all concerned. An unqualified coach (as per rules for coaches) was appointed and sent. This was done, in my opinion, to control and add in the XI the candidate players being pushed into the side by adding a 16th man and playing him in the 11 which again is against the norm.”

ALSO READ:  Like Others In India, TRS Continues Trend To Denying 'Muslims' Political Space In Telangana

Jaisimha further alleged: “The selection for the age groups 16, 19 and 23 so far has been fraught with stress, arguments, blackmailing tactics and every means of intimidation, by the president and secretary, and that for doing a job entrusted to us. An extremely untenable situation. In one instance, during the U-23 match at Uttarakhand, a player we selected in the 15 was replaced by another player Firazuddin, who was a beginner without us knowing and obviously failed.”

“It is rumoured and an open secret in Hyderabad that this boy who is 17 years old and his father paid Rs 18 lakh to play in the U-23 tournament. A terrible example for the rest of the squad and Hyderabad cricket, strengthening their perception that the easiest way to get in is to pay these brokers,” Jaisimha said in the letter.

“In the prevailing scenario, I would like to bring to your notice the unacceptable nexus between club secretaries, camps, administration, selectors, coaches, support staff and the players themselves that is continuing from last year. This is direct abuse, where cash is being taken to put players into the probables, the 15, and the playing 11. It is a shame that even the top cricketers in their age group who are surely in the 11 are being targeted even while they play and perform,” he said.

Pointing out that they were helpless, he asked the BCCI Ethics Officer to intervene in the “sordid affairs of the association.”

Vijayanand, secretary of HCA, denied of any corruption and also added that there was no biased selection. He also said that Apex Council will convene the AGM shortly to discuss the appointment of CAC. #KhabarLive