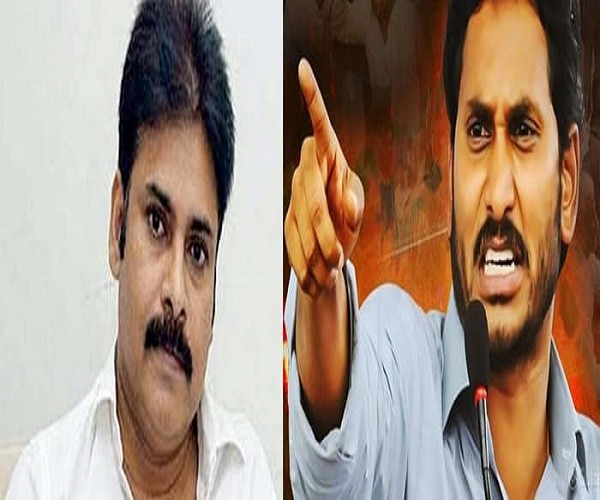 A nagging question that concerns a discerning reader is why some parties like BJP are in favour of smaller states. Is it really for administrative convenience or for the convenience of political administration, or rather, manipulations?

A deeper study and analysis of this issue is necessary in the wake of several twists and turns that are taking place on the political arena and more surprises are likely to be thrown up as the date for General Elections draws nearer.

Four-and-a-half years down the lane after the bifurcation of Andhra Pradesh, it now appears that the BJP was in favour of division as it apparently felt that smaller states would lose bargaining power with the Centre and, hence, it would become easy to play power politics. Post-bifurcation, neither new state nor successor state would often finds itself in a turmoil, economic or otherwise, and either one would have its own policies depending upon the party that is in power in that state.

This would help the national parties, be it the BJP or the Congress, indulge in arm-twisting tactics. This is what the Rajas and Maharajas used to do and, later on, the Britishers adopted this policy which is popularly termed divide-and-rule.

With fast-changing political equations sweeping across the country, and seeing the writing on the wall, the BJP has realised that it will not have a cake walk in the 2019 elections and, hence, it has resorted to the formula of befriending enemy’s enemy, confuse the electorate, thereby hitting the opposition parties where it hurts most, to extract maximum benefit – call it a pound of flesh.

This is a new experiment the country is going to witness in the run-up to the 2019 elections – and Andhra Pradesh is going to be the testing ground, this time around.

The latest addition to the twists that are playing out in the political field in the residuary state is Centre’s lost-and-found desire to go in for simultaneous polls. This proposal is, however, being contested by a seething Telugu Desam government. As if to queer pitch for its estranged ally, the BJP has chosen the legal route to convey to the State – yet again – that it has fulfilled all the assurances given in the AP State Reorganisation Act-2014 and that there is nothing more it could do to ameliorate the distress of the truncated state.

Upping its ante, the central government in its enthusiasm to create more problems for the state has filed affidavits in the apex court categorically stating that it would not accord Special Category Status, ducked the issue of railway zone, and made it clear that it would fund only the irrigation part of the Polavaram project. It has thus washed its hands off bearing relief and rehabilitation expenditure. Interestingly, neither the YSRCP nor Pawan Kalyan’s Jana Sena has reacted to any of disturbing scenarios arising out of the volte-face by the Central government.

While fighting the legal battle, one would naturally expect TDP to make political mileage out of it, as is seen in its resolve to add this issue to the “list of injustices” meted out to the state, during the massive electoral campaign which is underway.

What a quick glance of the outcome of strategies adopted by the BJP and the TDP can reveal is while the BJP largely succeeded in creating confusion among people in the initial stages, the TDP which was quite taken aback soon recovered its wits and has hit the streets, rallying its cadres, to catalyse a strong anti-BJP wave in the state. Onslaught against the BJP has also unwittingly paid some dividends, as the TDP leaders are fanning out across the state to sow doubts in the minds of electorate as to the intriguing silence of the main opposition party YSRCP and the lateral entrant Jana Sena over the brazen betrayal of the people of Andhra Pradesh by the BJP.

An impartial analysis of the situation at this stage indicates that while the fight would be mainly between the TDP and the YSRCP, TDP has acquired an edge. Let’s see how. In 2014 elections YSRCP got 44.7 per cent votes and the TDP 46.3 per cent of votes. According to latest surveys, there has been a dip in the vote percentage of YSRCP and this time they may get about 40 0r 41 per cent of votes. But still it is a major contender. The surveys indicate that the TDP vote bank of about 46 per cent is in intact.

However, let us presume that it has fallen by 2 per cent. Then comes the Jana Sena which is testing the waters for the first time and is likely to get about one or two per cent votes. This means that all the contenders put together have about 84-86 per cent vote share. This makes crucial the decision of about 14 per cent of voters who could tilt the balance in favour of TDP or YSRCP. If YSRCP and Pavan Kalyan enter into a pre-poll alliance, it advantage YSRCP. But then analysts doubt if these two parties will join forces. Of course, the Congress is nowhere in the political battle.

Perhaps, the BJP has seen the writing on the wall and is, hence, prodding the YSRCP and the Jana Sena to intensify their attack against the TDP, hoping this would make a strong common ground between the two. The BJP is firing its guns over the shoulders of these two parties. If not, what else would justify the deafening silence of both parties and their sidestepping so emotive issues like Railway Zone and Special Category Status which are still keeping the Andhra Pradesh people bitter. Thus, three parties are trying their best to tear into the TDP and its policies and programmes, rather than targeting its main election plank i.e., failure of BJP to keep its promises.

The TDP strategy is clearly to keep its agenda very much in the minds of people. The more TDP rakes up public anger against the BJP the better the people’s perception of an underlying understanding between Pawan Kalyan and Jaganmohan Reddy, at the behest of BJP. Going by the strategic silence of YSRCP and Jana Sena on the issues being thrown upfront by the TDP, people would only be veering round to its view that both the opposition parties working hand in glove with BJP and trying to damage the interests of the state. If the public opinion is any indication, the TDP seems to have succeeded in its efforts to a considerable extent. Even as it is keeping up pressure on the opposition, it is cashing in on the welfare programmes being steered in such as to garner immense public praise.

Pawan Kalyan in the initial days thundered against the Centre, saying all it gave AP was two rotten laddus. These days he is claiming how he played a key role in the victory of TDP and also that of a few leaders like Ashok Gajapati. This exposes how naïve and novice he is in politics. The Gajapati family in Vijayangaram has a long history and is known for its contributions to the development of the district. Raju has been in politics since 1983 and had won all elections barring one. Unfortunately, Pawan is also trying to rake up sub-regional feelings and thunders that he would lead an agitation.

As for YSRCP, it claims it made its MPs resign only from Lok Sabha – and not from Rajya Sabha – claiming that they had done so to put pressure on the Centre demanding SCS. If so, one wonders what their stand is now on the Centre’s counter affidavit in the Supreme Court, which is all but lies. Why are they silent? These are some of the nagging doubts in the minds of the people, which, if not addressed well, would deal a body blow to its hopes of coming to power. The electoral scene in Andhra Pradesh is sure to turn murkier in the next few weeks. #KhabarLive