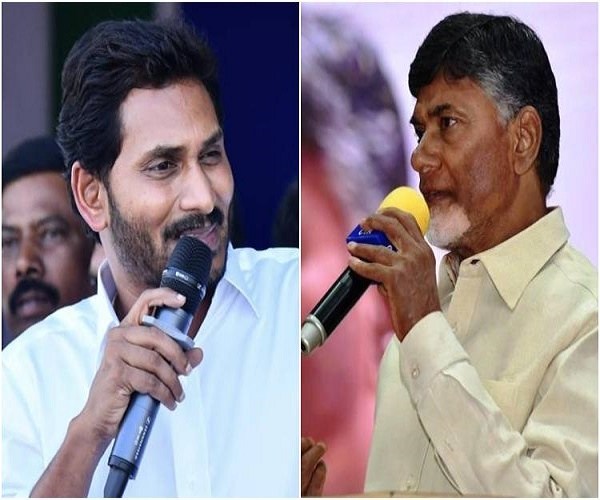 Chaos prevailed once again in the Andhra Pradesh Assembly on Tuesday between the ruling YSRCP and TDP, this time over the issue of reservation for Kapus in education and employment.

Speaking about the YSRCP government’s commitment towards the welfare of the Kapu community by allocating funds of Rs 2,000 crores as promised in the manifesto, YSRCP leader and Sattenapalli MLA Ambati Rambabu said in the Assembly that the previous Naidu government had deceived the community by promising reservations for them.

Naidu and TDP leaders responded by saying that they had done their part by tabling the Bill for 5% reservation for Kapus from the 10% quota for EWS (Economically Weaker Sections), and questioned whether the ruling party was committed to implement their promise.

CM Jagan Mohan Reddy criticised Naidu for not spending any funds on welfare of Kapu communities. “He promised Rs 5000 crores in five years to the community but never spent the entire funds allocated for them. Chandrababu has deceived Kapus in the name of the funds as well as reservations. That is the reason he fared so badly in the recent elections,” said Jagan.

The debate was followed by uproar in the Assembly with leaders of both parties arguing back and forth, causing Speaker Tammineni Sitaram to adjourn the House.

Kapus have demanded reservation and inclusion under the BC category for many years, with the movement being led in recent years by former minister Mudragada Padmanabham.

Constituting around 25% of the population in the state according to some estimates and mainly concentrated in the twin Godavari districts, the Kapu community plays a key role in deciding a party’s chances in any election.

The TDP in its election manifesto in 2014 had promised to include the Kapu community in the backward classes list, and to extend 5% reservation in jobs and educational institutions.

Following violent protests by the community in 2016 led by Mudragada, the TDP government constituted the Manjunatha Commission to look into the issue. The state cabinet took the decision to grant reservation to Kapus based on the Commission’s report. On Tuesday, Jagan pointed out that the report was not signed by the chairperson of the three-member panel, which meant that it had no credibility.

After continued pressure from the Kapu community, the Assembly in December 2017, during Naidu’s term, proposed a Bill to provide 5% reservation to Kapus and its three sub-castes, Telaga, Ontari and Balija.

The Bill was subsequently forwarded to the Centre seeking a Constitutional amendment to include Kapus in the Backward Classes list under Schedule IX as the 5% quota proposed is over and above the stipulated 50% reservations for all categories.

With the Centre rejecting the state’s plea, Naidu then used the opportunity to provide quota to Kapus from the 10% quota announced by the Centre for EWS (Economically Weaker Sections). The bill was passed in the Assembly in February, but has not been implemented since then. Last week, Mudragada wrote to Jagan, asking him to implement the quota.

Jagan said in the Assembly on Tuesday that as the EWS quota was approved by the Centre, the state government did not have the authority to break it down to give preference to a particular caste. He criticised Naidu for retaining Kapus in the general category and trying to break down the EWS quota which was not feasible, while the community has been demanding BC status. He said that since the matter is sub-judice, the government cannot take a decision on the matter.

Speaking to #KhabarLive, Vasireddy Yesudas from the Kapu Joint Action Committee (JAC) said, “Kapus have been unable to compete with other forward castes historically, as they are socially backward. In EWS quota, we will have to compete with other upper castes who will use their influence and manipulative skills to bag all the EWS seats. Under Kapus, there are nearly 42 sub-castes. Kapus will get barely 0.5% in that 10 % EWS share. You can’t even call that reservation.”

Yesudas insists that their demand has always been for BC status and a separate quota under BCs. “The Naidu government did not have the will to implement the reservation, so they sent it to the Centre and washed their hands off of it. We don’t know what the YSRCP is planning to do. We will wait and see what steps they take for our community before taking any further action.” #KhabarLive