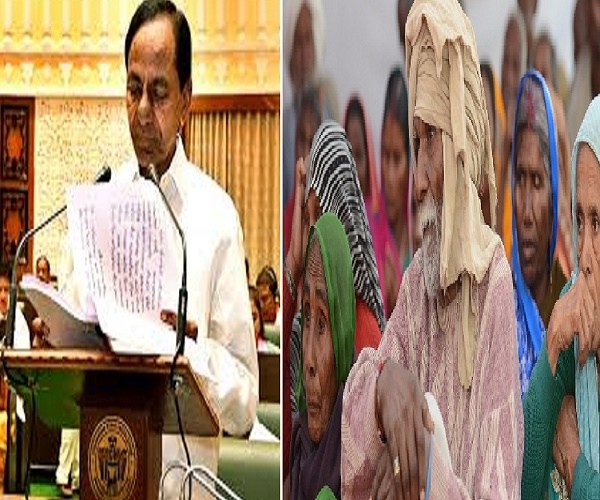 KCR’s Telangana government’s latest orders announcing implementation of increased pensions for old age people under Aasara and for others including disabled and women, with effect from June 1 have incurred people criticism from all sections in the state.

Telangana people welcomed when the orders issued by K Chandrasekhar Rao government but wondered why the hike was not being implemented with retrospective effect from December 13, 2018, when the TRS came into power.

As per the GO, the increased pensions for old aged, widows, weavers, toddy tappers, AIDS-affected persons, beedi workers, single women and Filaria patients with effect from June and payable in July.

“People believed TRS and voted for it. Elections results were declared on December 11 and KCR took oath on December 13, 2018. This promise should have been fulfilled immediately, with effect from December 13 or maximum from the month of January 2019,” Telangana Pensioners Association said.

Therefore the association demands that the enhanced pension amount be paid with retrospective affect from December 13, 2018, when KCR took oath as CM for second term.

Similarly, the Farmers Forum said that the TRS Govt had promised to enhance Rythu Bandhu amount from present Rs. 8,000 to Rs. 10,000 per acre per annum. There is still no clarity when this enhanced amount will be given.

They demanded that the enhanced amount for Rythu Bandhu scheme and unemployment allowance should be paid with retrospective effect from December 13, 2018. #KhabarLive

The ‘Failure And Hope’ Of ‘Muslim Politics’ In India