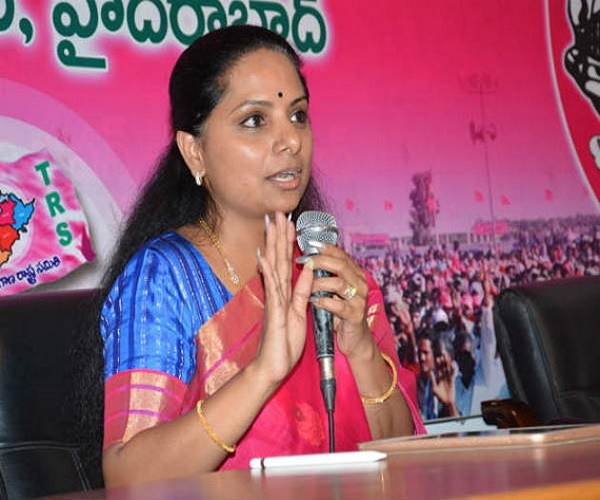 Have you noticed something very interesting? KCR’s daughter Kavitha Kalvakuntla is unusually silent. No statement is coming forth and not even a press note is being released from her office.

She is not addressing a public meeting and is not seen taking part in a road show. The last time we heard was when she spoke ahead of the Pragathi Nivedana Sabha at Kongara Kalan. But, after that, she is keeping a low profile.

Though KTR is being seen and heard speaking to the media and addressing public meetings. Harish Rao too is making a whirlwind tour of his district Medak to drum up support to the TRS. He is also seen handling the campaign of KCR in Gajwel constituency. But, strangely, Kavitha, who is the MP from Nizamabad, is silent.

Sources say that the TRS position in her constituency of Nizamabad is nothing to cheer about. Shabbir Ali is having an advantage in Kamareddy, Sudarshan Reddy is ahead in Bodhan. Similarly, even in Balkonda and Armur, the TRS seems to be at a disadvantage.

Hence, Kavitha is focusing on working out behind the screen and is trying to bring around disgruntled party leaders, who are yet to join the campaign. She is also talking to various dissidents and is trying to convince them to work for the official candidates. #KhabarLive

Why ‘BJP Leaders’ In AP Are Becoming ‘Arrogant’?