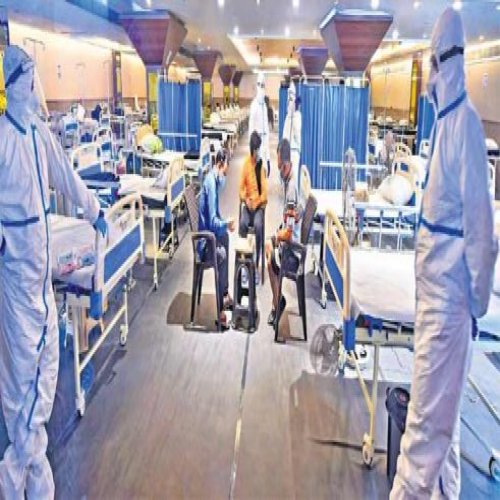 Telangana is already among the worst COVID-hit states in the country but it now appears that it could be in a far more precarious position. There is a visible discrepancy in the number of positive cases that two arms of the state government have been putting out, raising suspicions that the state government may be under-reporting its numbers.

According to the health bulletin released by the KCR-led government, the state has recorded 18,570 cases. But the Covid-19 live dashboard on the Telangana health and government website shows over 21,393 cases.

There are also discrepancies in the death toll. The bulletin showed 275 deaths while the dashboard pegged it at 267 deaths.

James Wilson, a data analyst, also confirmed that the “dashboard inadvertently displays the total confirmed cases that are more than their press releases”.

“Telangana has a history of not disclosing real testing numbers either,” said Wilson, who has been tweeting some of these figures on multiple occasions.

The issue has created a stir on social media with several Twitter users accusing the government of fudging data and under-reporting the Covid-19 cases in Telangana. Many of these comments have come in response to the daily health bulletin put out by Health Minister Eatala Rajender.

The discrepancies come even as Telangana has been clubbed in the ‘high positives-low testing’ category of states. Telangana has India’s highest positive rate at 27.7 percent and the country’s lowest number of tests at a mere 14,690 from 10 June to 23 June. Its capital Hyderabad had recorded the second-highest positive rate for a city at 32.1 percent on 23 June, after Mumbai at 33 percent.

ALSO READ:  Traffic 'Noise' At A 'New High' In Hyderabad

Its strategy has drawn flak from even the state high court. On Wednesday, the court said the state government had not only failed to control the spread of the Covid-19 virus but also kept people in the dark about its spread and did not implement important orders it had issued.

A bench of Chief Justice Raghvendra Singh Chauhan and Justice B. Vijaysen Reddy told advocate general B.S. Prasad that on the one hand, the chief secretary says that the government is following the ICMR guidelines on testing and on the other, director of pubic health stops testing. “The ICMR never said testing should be stopped,” the chief justice said.

The state has also witnessed a tremendous increase in COVID-positive cases in the past one month, especially in Hyderabad. Over 80 percent of the total cases according to the daily health bulletin, have been recorded in the month of June itself.

Of the 21,393 cases in Telangana, 13,740 are from the Hyderabad district. But the government had not released the total figures from Hyderabad for the past two weeks in its bulletin. And when it did, it put the number at 1,264 fresh cases while the Covid-19 live dashboard showed 994 cases.

Health Minister Eatala Rajender’s office initially denied fudging any data and asked for the link #KhabarLive was referring to. On being shown the screenshots as well as the link for the dashboard on the Telangana health department website, there was no response.

Director of public health, Dr. G. Srinivasa Rao, meanwhile, blamed private labs for the discrepancy. “The discrepancy is due to improper conduct of tests with abnormally high positive results and incomplete uploading of the data by private laboratories in the state,” he said, adding that the matter is under investigation by an expert committee that is probing the authenticity of tests.

Private laboratories testing Covid-19 samples in Telangana have been violating guidelines, according to an inspection by the state government on 29 June, raising questions over the veracity of the region’s increased number of cases and positivity rate in Hyderabad.

However, when #KhabarLive asked Rao why the incomplete data was being uploaded on the dashboard on the government website, there was no response.

#KhabarLive had managed access to the “statistics page” of the Telangana Health and Family welfare website through data experts; the website now does not allow access to the page. When asked about this, the government officials refused to respond.

Meanwhile, a central team led by Lav Agarwal, a joint secretary in the Ministry of Health and Family, visited Telangana for the second time and asked the state government officials to ramp up testing.

The team also raised concerns over contact tracing and on surveillance in containment zones. It directed the government to prescribe COVID tests for all doctors and even private health workers in line with ICMR guidelines. The Centre has also advised the KCR-led government to develop an action plan for the next two months in view of the increasing number of cases.

Hyderabad had suspended testing for a few days starting 25 June until the backlog of tests was cleared. Rao, the director of public health, however, told #KhabarLive, that the government had resumed testing now. #KhabarLive #hydnews