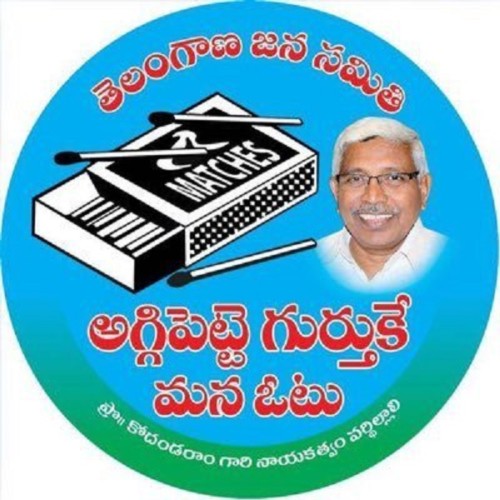 Telangana Jana Samiti (TJS) that appears to have lost much of its fire after being pushed to a corner by the Congress which allotted it only eight constituencies may not be able to use ‘matchbox’, the symbol allotted to the party by the Election Commission. This is because of Election Commission of India’s rules that govern the granting and use of a common symbol to a political party.

In its order dated October 26, the ECI makes it clear that “candidates set up by a registered unrecognised political party at the general election to the Legislative Assembly of a State or to the House of the People, may be allotted a common symbol from the list of free symbols subject to fulfillment of certain conditions.” It was from these available symbols that the TJS picked the matchbox as one of its choices.

The TJS had earlier informed the ECI that it would contest from 119 constituencies and requested a common symbol. The TJS, till late on Sunday evening, picked only seven names of the nine it said it would contest from, one up from the eight given by the Congress. Monday is the last date for filing of nominations.

Though the TJS has the option of fielding dummy candidates in some constituencies just to keep up the illusion of numbers in a bid to retain its matchbox symbol, this is expected to lead to some unwelcome ‘friendly contests’ which may prove detrimental to the opposition alliance candidates facing stiff uphill battles against the TRS.

He had also alluded that it was the same matchbox that can also be used to set off a devastating fire, in this case, one that will engulf and destroy the TRS in the
State in the upcoming elections. It is anybody’s guess as to what will happen now! #KhabarLive