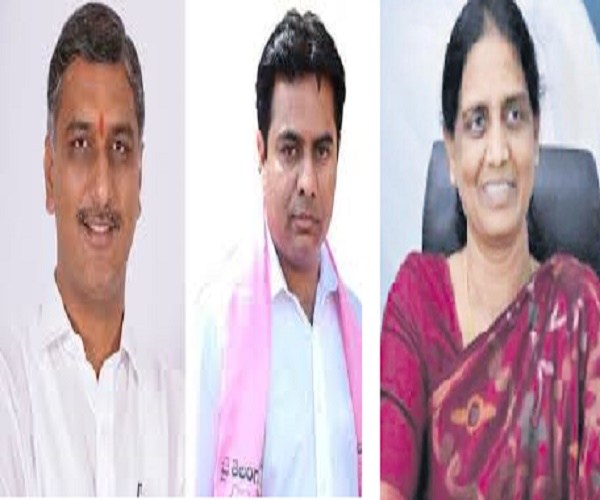 TRS chief and Telangana CM K Chandrasekhar Rao is all set to expand his cabinet soon. According to insiders in TRS, KCR has decided to induct his son KT Rama Rao, nephew Harish Rao besides defected MLAs from Congress in his cabinet.

Recently 12 MLAs from Congress defected into TRS and sought merger of CLP with TRSLP in Assembly.

Out of these 12 Congress MLAs, KCR has reportedly decided to induct Sabitha Indra Reddy and Vanama Venkateshwar Rao into his cabinet.

KCR is already facing the wrath for not taking a single woman minister into his cabinet in his first term from 2014 to 2018 and also in his current second term.

By inducting Sabitha, KCR wants to get rid of this criticism. Besides, KCR’s cabinet also has no representation from erstwhile Khammam district.

Tummala Nageshwar Rao from Khammam district was a minister in KCR’s first cabinet. But he lost Assembly polls in December 2018.

Interestingly, KCR has been accused of sidelining Harish Rao in his second term. With this, KCR has decided to take Vanama into his cabinet and give representation to Khammam district.

However, TRS sources said KCR deliberately kept both KTR and Harish out of cabinet as he wants to utilise their services for party activities to face various elections that were held after Assembly polls in December 2018 till recently.

With KTR and Harish finishing their task of ensuring victory for TRS in all the elections, KCR now wants to induct them into his cabinet and make his government stronger.

However, Harish is unlikely to get his previous irrigation minister portfolio as KCR is keen to hold this portfolio. Harish is being considered for finance or education portfolio. #KhabarLive