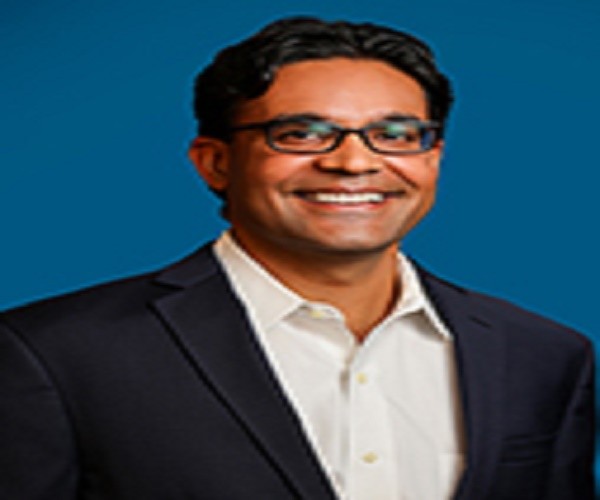 Failures in governance in India have given criminal politicians currency with the masses. Political finance reform and improvements in governance are needed to stop the influence of money and muscle.

Even after Narendra Modi promised on the campaign trail in 2014 to “do away with the criminalization of politics”, money and muscle still dominate the electoral scene in India, Milan Vaishnav writes in his forthcoming book “When Crime Pays”.

Vaishnav, a senior fellow at the Carnegie Endowment for International Peace in Washington, argues that India, in embracing democracy before it developed stable institutions, became a fertile ground for criminals to get involved in politics – and eventually to become politicians themselves. If anything, that trend has strengthened as a growing economy increased the spoils available to the victor: based on their election filings candidates facing serious criminal charges are three times more likely to win than those who aren’t.

Modi’s decision on Nov. 8 to ban most of the cash in circulation – ostensibly to cleanse the economy of “black cash” – will inflict temporary pain on political parties, says Vaishnav. But it won’t bring about fundamental change as they gear up to contest five regional elections, the biggest of them in the battleground state of Uttar Pradesh. “No matter which party wins elections in the pivotal state of UP, rest assured that the crime-politics nexus is not going anywhere anytime soon,” Vaishnav said in an interview ahead of his book’s publication in India by HarperCollins.

Vaishnav’s primary research focus is the political economy of India, and he examines issues such as corruption and governance, state capacity, distributive politics, and electoral behavior.

Q: Your book is titled “When Crime Pays”. What role do money and muscle play in Indian politics and how does it differ from other modern democracies?
A: There is a very clear nexus between crime and politics in India that is being fueled by two sets of factors. First, as elections have grown costlier, parties are desperate to identify candidates with deep pockets. This has led them to embrace wealthy individuals with often dubious reputations. Second, voters have their own reasons to support candidates with questionable pasts. Where government is unable to fulfill its basic responsibilities and social divisions are rife, voters seek refuge in strongmen who can deliver what the state cannot. This nexus is not necessarily unique to India; it shows up in democracies across the globe, from the Philippines to Pakistan. What makes India stand out is: a) the scale of the issue and b) the complete blurring of the line between the “politician” and the “criminal.”

Q: How has this situation come about?
A: In short, governance has simply not been able to keep up with the pace of rapid economic, political, and social change. This has opened up a gap between what citizens demand of the state and what the state is able to deliver. Whereas the West built institutions before democratizing, India embarked on both journeys simultaneously. Layered on top of this, India boasts tremendous ethnic and religious diversity, which politicians can skillfully manipulate to slice and dice the electorate.

Q: What makes criminals electable?
A: As one senior official from a national party I interviewed once quipped, “criminals have currency with the masses.” That is, they have access to financial resources — currency in a literal sense — that allow them to buy their way into the political system and instantly become competitive. Furthermore, they are able to use their criminality and a sign of their credibility to do whatever it takes—saam daam dhand bhed [by hook or by crook], as it is often referred to—to protect the status of the communities they claim to represent. So they have metaphorical “currency” with ordinary constituents.

Q: How effective have steps to make electoral politics more transparent been?
A: There have been recent changes that have opened up the political system to greater scrutiny. In 2003, the Supreme Court ruled that any politician contesting state or national elections must submit, at the time of their nomination, a judicial affidavit detailing their educational qualifications, financial assets and liabilities, and criminal records. This new data has given us some purchase on the twin issues of money and muscle. Unfortunately, a lack of transparency does not seem to be the binding constraint when it comes to voters. That is, even informed voters have rational reasons for supporting candidates whom they know are “tainted” but pledge to protect their interests.

ALSO READ:  The Invisible Covid-19 Made Visible By Turning Crisis Into Opportunity

Q: Modi promised in 2014 to clean up politics. Did he?
A: Not yet. Despite Modi’s heated anti-corruption rhetoric in advance of the 2014 general election, 35 percent of his Bharatiya Janata Party’s (BJP) 282 Members of Parliament face ongoing criminal cases, and 22 percent have serious cases pending before the courts. Eight BJP MPs with serious cases eventually found their way into Modi’s first cabinet. Even Amit Shah, Modi’s long-time number two in Gujarat, was connected to three cases of extortion and conspiracy when the prime minister tapped him to be the BJP party president after coming to power in Delhi. The BJP is by no means alone when it comes to embracing candidates implicated in serious criminal cases, but it is also far from a paragon of virtue.

Q: What’s the read-across from your research for the forthcoming round of state elections – especially Uttar Pradesh?
A: No matter which party wins elections in the pivotal state of UP, rest assured that the crime-politics nexus is not going anywhere anytime soon. Our best estimates suggest that fewer than 10 percent of UP state legislators elected in 1984 were the subject of ongoing criminal cases. That proportion has skyrocketed to 45 percent in the last election in 2012. The underlying drivers of criminality — costly elections, weak rule of law, and deep social cleavages — are available in spades in UP. The good news is that voters seem hungry for a chief minister at the top who is willing to invest in development and governance to improve the state’s image. But, at the end of the day, voters are also realistic: they understand that until the government in Lucknow is able to project its power into the far reaches of the state, they will need a local “guardian” to look after their interests.

Q: Modi touted demonetization as a strike against black cash. How do you assess it?
A: In the short run, it has clearly induced a liquidity crunch, which has had at least three consequences. First, many parties have been forced to take a haircut in order to turn their black money into white. Second, many cash-intensive industries that typically fund elections (real estate/construction being among the most significant) are enduring hardships right now. And third there is just a general lack of currency in circulation. For all of these reasons, I expect all parties in poll-bound states to feel the pinch. Having said that, the BJP, by virtue of its organization, access to high finance and possibly access to inside information, is better situated to weather the storm.

Q: Instead of demonetization, should India have embraced reforms to political party funding?
A: If you want to tackle the issue of black money, which was the primary justification for demonetization at the outset, I would have prioritized two sets of actions. The first is taking concrete steps to reform how elections are financed. This means insisting on full transparency for contributions, third-party audits of party finances, and greater enforcement power for India’s Election Commission. These steps require legislative changes.

Second, as long as the state continues to exert a heavy-handed influence on the economy, these vestiges of the “License Raj” will create huge scope for cronyism and corruption. That means, in concrete terms, India needs to improve its investment climate and get the government out of the business of being in business.

Q: What steps would most effectively help to decriminalize India’s electoral politics and make it more accountable?
A: I think reformers need to operate at two speeds. First, there is no getting around the fact that upgrading governance is the only long-term solution. This means ensuring that the government has the resources, personnel and incentives to impartially execute its core functions: to provide core public services, dispense justice, and provide for basic security. This is not going to happen overnight. In the short run, there are steps that can be taken that will help decriminalize politics. In addition to cleaning up political finance, Parliament could consider legislation that would debar candidates who are facing serious criminal cases in which charges have been framed by a court of law. Because there are legitimate concerns about due process, at the very least, such politicians should be subject to some sort of speedy judicial process that resolves their cases in short order. #KhabarLive