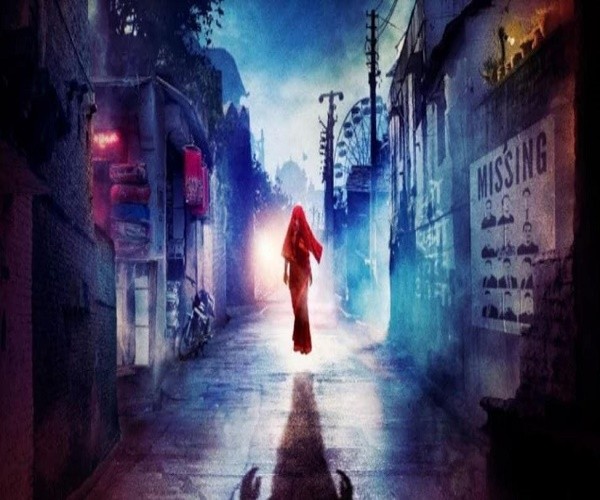 Most Hindi films place a female as the main ghost in a ghost film. ‘#Stree‘ is no different. Most ghost characters in Bollywood cinema are female. Why? Probably because then a beautiful actress can play the ghost, wear gossamer-thin, white saris or shararas who suddenly appears from behind swishing white curtains to smile seductively at the hero and then suddenly vanish into thin air.

Alternately, she belts out a haunting song like a refrain that runs through the film, walk down forest pathways with backward glances at her male follower, and disappear into the woods, preferably on a night of thunder and rain.Can you imagine a male ghost doing the same? The audience, male and female, will not be pleased and that is why films like Darna Mana Hai and Darna Zaroori Hai did not appeal to a mass audience.

The responsibility of shifting the onus on to the male performing the ghost fell on Amitabh Bachchan when he played a ghost from beginning to end in Bhootnath followed by Bhootnath Returns. Nawazuddin Sheikh played the ghost chasing his daughter to “take her away” in Aatma but the film flopped. Saaya (2003) starring John Abraham and Tara Sharma was also a ghost film which did not do well. In 1988, Mithun Chakraborty was cast opposite Dimple Kapadia who played a funny ghost in Bees Saal Baad and the film did not do well.

“Funny” because the female ghost in the film could simply stretch one hand to reach out of the window to fetch something or other. She had ‘lost’ her lover, Mithun in her earlier birth and wanted him back in this one never mind if she is a ghost. Rajeev Mehra’s Chamatkaar starring Naseeruddin Shah as the ghost who motivates the hero Shahrukh Khan and his daughter Urmila, to avenge his murder, 20 years after his death is perhaps one of the very few hits in which the ghost is a man.

Most Hindi films place a female as the main ghost in a ghost film. Stree is no different. But the difference lies in that though the ghost the entire small town of Chanderi is scared of is a woman, she is a fierce ghost intent on fulfilling her unconsummated suhag raat by snatching young men during the big,four-day annual festival in the town, calling them by name thrice, the one more terror-filled than the earlier one, stripping away their clothes and taking them away to God Alone Knows where because they are never seen again. The female members of the man’s family shed copious tears over the clothes! Is this female ghost a feminist? There is no answer.

The director decided to place a female ghost as the “shadow” protagonist because if it were a man, then stripping young women and carrying them away naked would have caused problems with the Censor Board. But the men are coy too and all one gets to see are lots of pairs of male legs that are neither sexy nor attractive while the females in the audience with fulfilled or unfulfilled desires are left to imagine what the rest of these nude male bodies would look like! Just imagine what shapely bare legs of a shapely woman can do to the males in the audience! What a shame young gentlemen, a mere show of a pair of bare legs fails to turn you into eye candy, sorry.

The entire town paints the sentence, “Stree Kal Aana” in red paint outside the entrance of every single door. Wives of men young enough to trigger the desire of “stree” are commanded by their wives either to remain at home after sundown during the festival nights or to step out in saris with their pallus pulled over their heads. These scenes are hilarious but leave one with the question about why then, are Vicky and his friends never seen in saris? Or the Panditji who has a string of degrees of every hue and colour but actually sells pornographic books hidden under tomes of normal titles played by the wonderful Pankaj Tripathi who livens up the scenario when one is about to doze off. When one doddering old man evinces fear of being kidnapped by Stree, another man says, “You have nothing to fear, she won’t come for you.” Hilarious true, but much of the audience fails to get the point.

If the men are terrified of being carried away during the nights of the festival, it is perhaps because this female ghost does not wear gossamer-thin, white saris and looks uglier than an ogre though we do not really know what an ogre looks like. The young girl (Shraddha Kapoor) does not have a name and one has no clue why she suddenly appears in the presence of Vicky (Rajkumar Rao), the magic tailor in the small town and tries to get close to him by switching on her come-hither looks. When the thrilled but somewhat nervous Vicky asks her for her cell number, she says she does not have one but will appear whenever he thinks of her! So, who is she? Later, she tells him and his two friends that she has been coming to this town for the last three years because she has a bone to pick with the female ghost with the heightened libido. What “bone” pray? She is not willing to say. Vicky by now, has fallen head over heels for her magic charm while his two suspicious friends scare him off with the possibility that his girl is probably the fearful “stree.” Vicky picks up enough courage to ask her if she really is “stree.” She gives him an enigmatic smile and leaves it at that.

If director Amar Kaushik intended to make a ghost-horror-comedy flick, the highest points should go to the “comedy” element enriched greatly by the classic performances of Rajkumar Rao, Pankaj Tripathy and the young actors who play Vicky’s close friends. However, post-interval, the comedy begins to wear off and so does the film. A ghost film can never be logical so lack of logic is just fine. But they way this film leaves comedy and satire behind to step into more serious territory that demands of Vicky to dress up as a bridegroom and pretend to meet the ghost-bride in a dramatized suhag raat, the film begins to limp and fall on its tracks. Shraddha Jahagirdar does not help matters at all with her apology of acting.

For me, Stree is not at all a gender-bender that pokes fun at machismo and ill-conceived ideas of masculinity though one can glimpse an effort to do just that. But somewhere along the way, the director seems to have lost his grip over his ‘baby’ and the baby decided to run away, or, got into a bus to disappear! The comic disappears suddenly and the terror the film intended to strike the audience with, never existed.

The ghost, in films and in real life, is a charismatic enigma for all of us. The very intrigue it raises in our mindsets, making us vacillate between belief and disbelief, between the reality of science and the unsubstantiated illusion of fairy tales are made of, makes the ghost a very attractive proposition for the mainstream filmmaker. However, it needs a lot of talent, imagination and technical skill to create a very good ‘ghost’ film. It calls for a rare skill that may elude even the best of filmmakers who try their hands at it and fail miserably. #KhabarLive 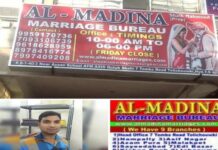