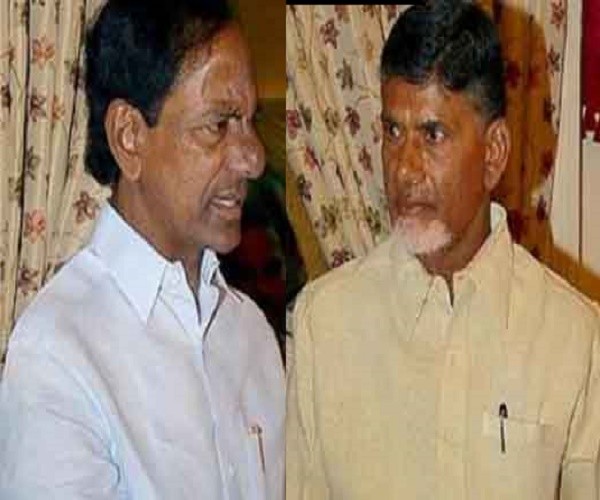 This month – as the country’s attention was riveted on the BJP’s twin losses in Gorakhpur and Phulpur, Cambridge Analytica and logjam in Parliament – a senior BJP leader met with a powerful regional satrap in one of the south Indian capital cities. On the BJP leader’s agenda was to break the ice and prepare the ground for enlisting support for himself post-2019.

The regional leader was surprised. Given the BJP’s performance in successive state Assembly elections in the country, he found it tough to believe that this high-profile politician was indeed looking at life beyond Narendra Modi and Amit Shah. The BJP leader’s explanation seemed to reflect a certain lack of confidence in his party repeating the 2014 numbers.

Yet another senior member of the BJP, now out of favour with the top leadership, has also been working the phones to ensure there is high quality glue between regional parties to form a federal front of sorts. Positioning himself as a Harkishan Singh Surjeet of 2018-19, he too is planning to meet the chieftains in different states, without attracting media attention, to work out an alternative formula.

Leaders of yet another south Indian party, whose relations with the BJP have turned sour, have been discreetly suggesting during private conversations, the name of an alternate BJP leader who they would find more acceptable.

But let all of this not lull you into thinking that an electoral coup is a given in 2019. Much of this at this point in time, is a case of building castles in the air. That is because under Modi and Shah, the BJP has proved that as an election machine, it goes the extra mile. The UP by-poll losses were serious setbacks, but the duo will be expected to put in corrective measures well in time before 2019.

At the same time, the fact that this is even being spoken about suggests a case of shifting sands. Most regional party leaders believe that if they can force a one-on-one electoral contest, the next Lok Sabha will throw up a 1996-like arithmetic which would necessitate a cobbling together of disparate political forces.

Which explains K Chandrasekhar Rao’s “early bird gets 7, Lok Kalyan Marg” mantra. Making no bones about his ambitions, his aides are looking at KCR doing a HD Deve Gowda. The Telangana chief minister reportedly believes he fits the bill for the top job despite his state sending a mere 17 MPs to the Lok Sabha. The argument is that KCR has the experience of running a government and is articulate in Hindi, Urdu, English and Telugu. After riding to power on the Telangana sentiment in 2014, this time KCR will market the card of a second “Telangana bidda” (son of Telangana) after the late PV Narasimha Rao, aspiring for the top job.

But then KCR is not the only one who is thinking “Dilli ab door nahin”. So is Mamata Banerjee, who is clearly enjoying her position as the fulcrum of an anti-BJP political formation. Banerjee’s Trinamool Congress is looking at winning most of the 42 Lok Sabha seats from Bengal to emerge as the third largest parliamentary party in 2019. That will make it possible for the West Bengal CM to throw her hat into the ring.

Not to be left behind, N Chandrababu Naidu is travelling to New Delhi on April 2 and 3, his first to the national capital after the Telugu Desam quit the NDA. His agenda is two-fold. One to convey to folks back home in Andhra Pradesh that he is still on the job of getting the state its due under the Andhra Pradesh Reorganisation Act. The second mission for Naidu, who has shepherded regional coalitions in the past as convenor of the United Front and NDA, would be to hardsell his experience to emerge as one of the frontrunners in any new Opposition arrangement.

Not to be missed in this line-up is Sharad Pawar, who has waited over two-and-a-half decades for a shot at a Red Fort address on Independence Day. But having to fight in Maharashtra as a junior partner to the Congress limits his ability to have a significant tally on the NCP account. Pawar would count more on his friendships cutting across party lines to emerge as a consensus candidate in case India dishes out a very unclear verdict.

But none of the regional players would count for much if the Congress is able to safeguard its fort in Karnataka. A win in this southern state that goes to polls on May 12, would mean the grand old party is not out of the leadership race.

It will also ensure that regional players like KCR and even a Naidu, whose allergy to the Congress is well known, will have to pitch their tent elsewhere. #KhabarLive

The Travails Of ‘Being BJP’ In Telangana And Andhra Pradesh