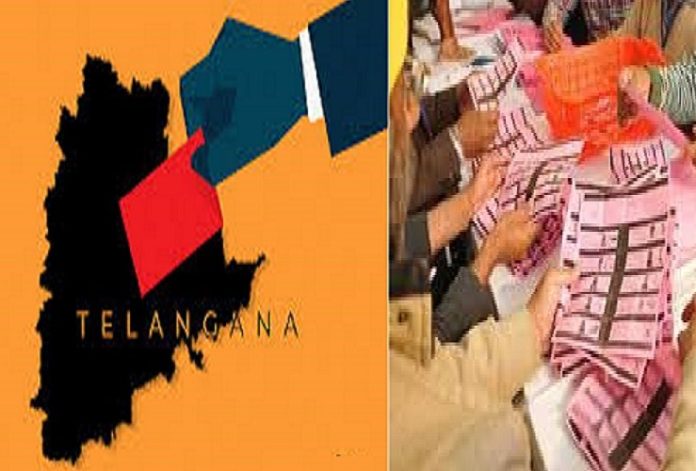 To highlight their problems, 178 farmers from Nizamabad have decided to contest against K. Kavitha. EVMs can only be used when there are less than 64 candidates. Almost a quarter of the contestants in the fray for the Lok Sabha polls in Telangana will contest from one constituency alone.

In Nizamabad, 178 turmeric and red sorghum farmers have decided to contest against the sitting MP K. Kavitha to highlight the crisis they are facing. According to reports, the farmers have been protesting for the past two months to ensure that their long-standing demand to establish a National Turmeric Board is met.

This would eliminate middlemen, the farmers say. They also want a minimum support price (MSP) set for turmeric and red jowar (sorghum). Farmers want the MSP for turmeric yield to be set at Rs 15,000 per quintal.

Kavitha, who is chief minister K. Chandrasekhar Rao’s daughter, had backed their demand during the 2014 campaign. Disappointed that it has not been established in these five years, they have decided to contest against her.

It must also be noted that KCR has touted the Rythu Bandhu scheme, which provides investment support of Rs 10,000 (for the two crop seasons) as a way to alleviate the farm distress.

The turmeric and sorghum farmers do not seem to agree. V. Prabhakar, Telangana state secretary of the All India Kisan Mazdoor Sangh said the farmers are determined to make their voices heard. “This is not about winning or losing this election. The farmers’ community is keen to ensure their voice is heard at the national level regarding the turmeric and maize crops,” he said.

Apart from the farmers, there are other seven candidates. While Kavitha is contesting on behalf of the Telangana Rashtra Samithi, the Congress and the BJP have fielded Madhu Yashki Goud and D. Aravind respectively.

Election Commission in a bind
This has, however, thrown up some challenges to the Election Commission. The electronic voting machines (EVM) can only be used when less than 64 candidates are in the fray, forcing it to go the paper ballot route instead.

The state’s chief electoral officer Rajat Kumar said arrangements for paper ballot voting are under discussion and that the commission would take a final decision soon. Reports suggest that the EC is preparing a ballot paper the size of a newspaper.

The EC authorities are also in a hassle to find symbols for the candidates. The final list of the candidates and their symbols include a tooth brush, baby walker, laptop, violin, biscuit, cauliflower, CCTV camera, dish antenna, TV remote, ice cream, phone charger, pencil sharpener and pen drive.

An old Telangana tactic
Even in the assembly elections held in December 2018, residents of two constituencies tried to implement a similar tactic. Reports suggested that citizens from the Serilingampally and Quthbullapur constituencies were mulling the possibility of filing nominations en masse to highlight the pollution problem in their areas. However, it remained an empty threat.

In the 1996 Lok Sabha elections, almost 500 candidates contested in another Telangana constituency. Residents of Nalgonda, which continues to battle a fluoride water contamination problem, decided to highlight the issue by contesting the election. Under the banner of Jala Sadhana Samithi, about 531 citizens filed their nominations.

On the day of voting, there were 480 candidates, of whom just six were from recognised parties. There were 306 contestants from Scheduled Castes and 80 from Scheduled Tribes.

Due to the large number of contestants, instead of a regular ballot sheet, the EC printed sheets the size of a newspaper. It was also forced to increase the size of the ballot box and extend the poll timing.