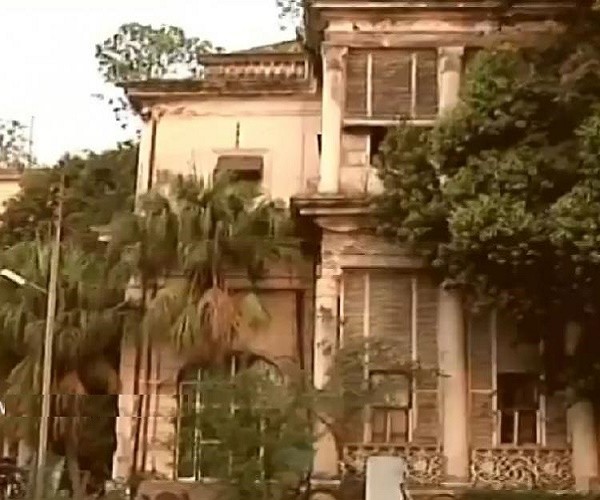 In a few days, the last surviving piece of architecture of the Hyderabad Nizam’s administration will pass into history. The 128-year-old Saifabad palace that stands at the heart of the Telangana and Andhra Pradesh Secretariat, will be among the structures that will face the bulldozer.

This is because Telangana chief minister K Chandrasekhar Rao considers the Vaastu of the entire Secretariat complex inauspicious for Telangana and therefore wants to build a brand new Secretariat from scratch, after raising the present one to the ground.

For the record, Telangana Rashtra Samiti leaders argue that having a modern integrated administrative structure will help.

Vaastu is the ancient treatise of architecture that determines how an office, home or any structure should be constructed, taking into account the direction of wind, light and the astrological chart of the head of the house or institution. KCR has gone on record to say it is the Secretariat’s bad Vaastu that was an impediment in the progress of united Andhra Pradesh first, and now Telangana. In March 2015, KCR said, “Definitely this Secretariat has bad Vaastu. History is proof that no one has prospered because of this. Let Telangana not suffer.”

While several blocks in the Secretariat are new blocks, constructed in the last decade, the erstwhile Saifabad palace built in 1888 by the sixth Nizam, Mahboob Ali Pasha is a designated heritage structure. Historians say the decision to build it was driven by a desire to have his footprint outside the old city area of Hyderabad as all the other palaces were on the other side of the Charminar.

But two nobles – Nawab Fakhr-ul-Mulk and Nawab Afsar-ul-Mulk, who built the Erramanzil Palace – were reportedly not pleased with the idea of having the Nizam as their neighbour. They thought that it will mean marking attendance before the Nizam every day and that was an assault on their ego.

The story goes that when Mahboob Ali Pasha came to inspect the Saifabad Palace, the nobles ensured that a monitor lizard crossed his path. Treating that as a bad omen, the Nizam ordered Saifabad Palace to be locked up. It was only many years later during the reign of his successor, the seventh Nizam Mir Osman Ali Khan that it was used by the Dewan as the administrative office of the Kingdom of Hyderabad.

Subsequently, several chief ministers up till NT Rama Rao used the Palace, designated as `G’ Block, as their office. Old timers recall having seen NTR’s ambassador car parked in the portico of the block. It is a two-storey building, built in classical European style. Architects point out that it is an energy-efficient building, a pointer to the intelligent building construction in those days. Its cool interiors mean there is no need for air conditioners even in the Hyderabad summer.

There is precious high quality teak that was used for the stairway inside. Much of the wood is believed to have been procured from Burma (now Myanmar). There is also talk of a vintage lift, which now with lack of maintenance, would presumably be in bad condition. For close to two decades now, the `G’ Block has been reduced to a dustbin for dumping old furniture, an indication of how India as a country cares little for its heritage.

ALSO READ:  What Gandhi Said In Ayodhya: 'Violence Is A Mark of Cowardice, And The Sword Is A Coward’s Weapon'

Strangely, KCR who is a self-confessed admirer of the Nizam too does not seem to care. In the context of the Nizam-legacy, KCR had initially planned to bring down the Irranuma Palace that houses the Chest Hospital, to build a new Secretariat. He had said, “Meaningful heritage is okay. Mindless, meaningless heritage is not okay.”

Along with the Palace, other remnants of history too will disappear. Historian Mohammed Safiullah points out that the design of the original gate of the Secretariat built during Mir Osman Ali Khan’s reign resembles the gate of the Buckingham Palace in London. That gate has stayed permanently shut for nearly two decades now due to Vaastu reasons, after a new gate was opened facing the lake.

In fact, NTR, who too was a firm believer in Vaastu, got the boundary wall of the Secretariat altered on the advice of Vaastu scholars after he returned to power in December 1994. Nine months later, he was overthrown by son-in-law Chandrababu Naidu. Proof that it is more sensible to cement one’s place in history with good deeds instead of with bricks. #KhabarLive

Why Some Famous ‘Telangana Art Forms’ On Cultural Radar?

The ‘Last Days’ Of The ‘Last Nizam Of Hyderabad’ State

‘Kakatiya-Era Temples’ In Telangana Are Under Sheer Neglect