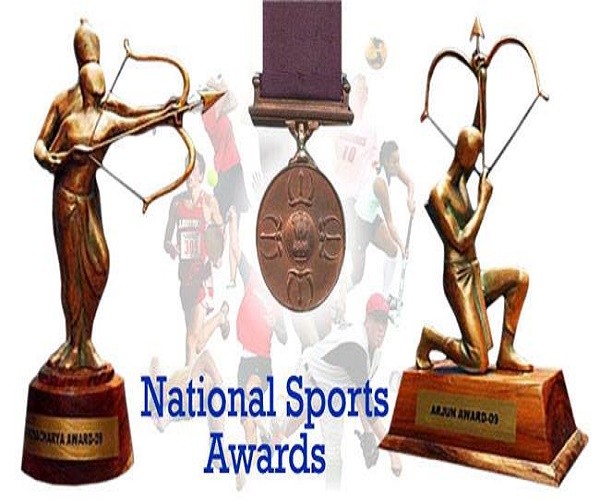 The monsoon months are considered a silly season when nothing happens in Indian sport. Its no longer. Ever since the birth anniversary of hockey wizard Dhyan Chand is commemorated as the National Sports Day there is a lot of excitement as August 29 is also the day to receive national sports awards.

Also, a rare clash between India and Pakistan in the Asia Cup in the Gulf has added fizz to the sporting calendar this year. As the two countries have no bilateral sporting ties and they only meet in the International Cricket Council tournaments or in the regional competitions and so it’s the match to follow in the subcontinent.

The two have already met once and India won it easily as they did against Bangladesh. The tournament has been formatted in such a way that the two giants can meet not once, not twice but thrice! The National Sports Awards are to be celebrated. Yet, for quite some years now, they have been leaving a bad taste in mouth with someone or the other going to court challenging the selection. They are needlessly getting controversial.

This year, wrestler Bajrang Punia threatened to go to court for not getting the Rajiv Khel Ratna but he is being talked out of it by his mentor Yogeshwar Dutt who apparently is keen that his ward uses his energies to prepare for the world championships next month. The selection of sportspersons for the award can be subjective, but that should not take away or diminish the glory of others.

There appears to be a herd mentality while sitting in judgment over the selection. All those who talk of points system in selecting the awardees, is like the national cricket selectors picking the national squad looking only at the stats of the players.

Spare a thought for the Selection Committee. The 12 members, headed by a judge, have to sift through the credentials of some hundred applicants for the Arjuna Award and two dozen for the Khel Ratna. It’s not a laughing matter if all those sports persons think that they are good enough to get Khel Ratna or Arjuna.

For the first time, there were three journalists in the committee and all of them are competent men who watch and analyse sport, having reported on multi-discipline events plus cricket.

Surely, they would have diligently assessed each and every claimant, just as the chairperson, who by all accounts, meticulously monitored the discussions. Also, in the committee were international sportspersons of yesteryear with impeccable credentials.

ALSO READ:  Which Sports Are Bringing Back Joy To Indian Fans?

The present selection policy is far better than the one followed years ago, involving the federations to nominate. There had been instances of an influential sportsperson going over them to get recommended by a powerful Chief Minister or a Union Minister.

To douse the heartburn, the Union sports ministry came up with another award in 2002 for some of those who missed out, calling it the Dhyan Chand Award for lifetime achievement. When the Dronacharya award for coaches was instituted, the man who should have got the award in the inaugural year did not get it because of the thoughtless criteria fixed by the rule makers.

Eddie Aibara, a technically perfect batsman who played for Hyderabad and coached some great cricketers, was overlooked because his record did not show anything in the preceding three years.

Somebody should have known that Aibara established the cricket faculty at the Netaji National Institute of Sports, Patiala. Ironically, his trainees at Patiala got the award! Somebody blindly followed the rulebook without considering the great man’s credentials.

That’s precisely what had happened this year, too, the points system became a bone of contention as Virat Kohli could not have been judged by the criteria laid down for the Khel Ratna as cricket is not a discipline at the Olympics, Asian Games or Commonwealth Games. They could now think of awarding points for the ICC tournaments and Asia Cup.

Ask any sportsperson, she will grudge a cricketer being clubbed with others, though they might publicly say that they have no complaint against a cricket player getting the award. Come to think of it, Virat Kohli is only the third cricketer to get after Sachin Tendulkar and Mahendra Singh Dhoni.

Can anyone question their merit? Of all people, Rahul Dravid did not get it because Olympic silver medallist shooter Vijay Kumar and bronze medallist were given. Mahesh Bhupathi and Saurav Ganguly also lost out. There can’t be a foolproof system, but it can minimize the problems by tightening the criteria. #KhabarLive