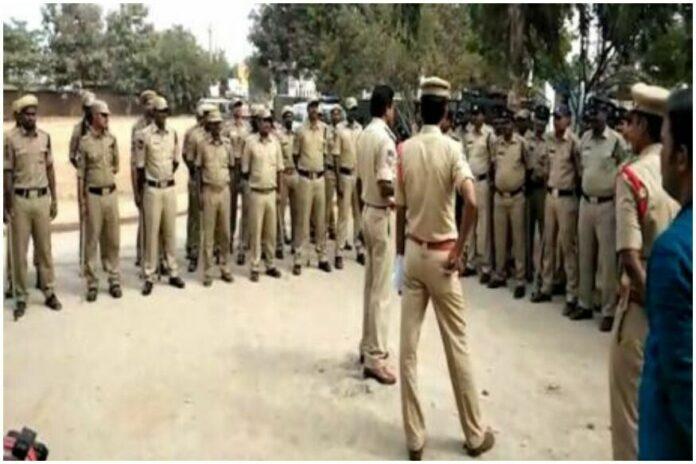 Did the Cyberabad Commissioner in Hyderabad have to wait for a young woman to die to reiterate this law to the police force?

In December of 2012, when a young woman was gangraped in New Delhi, she was called Nirbhaya and the country agitated for legal reforms. At that point, the Justice Verma committee set up to look at amendments to criminal laws in India, first suggested the concept of a ‘Zero FIR’ – a document that can be registered by any police station for a cognizable offence, without bothering about whether the case is in their jurisdiction or not.

Cut to November and December of 2019, and the police across the country are still reluctant to make life easy for victims and their families – and are still squabbling over jurisdiction.

In the recent gangrape and murder of a veterinarian in the outskirts of Hyderabad, the Shamsabad police delayed the filing of an FIR citing jurisdiction, and making the family of the victim run around at a difficult time. After suspending three cops for dereliction of duty in relation to delay in filing of FIRs, the Cyberabad Police Commissioner VC Sajjanar said, “All the officers of Cyberabad Police have been once again instructed to register cases irrespective of jurisdiction whenever a complaint related to cognisable offence is received at the police station.” But why did the Commissioner have to wait for a young woman to die to reiterate this law to the police force?

In fact, it’s not just the Justice Verma committee report – on October 12, 2015, the Ministry of Home Affairs issued an advisory to chief secretaries of all states and union territories, to instruct the concerned departments to compulsorily register FIRs. Before that, two such advisories were sent – the first of those in 2013. In these advisories to the states, the Home Ministry had made it clear that a police officer is duty-bound to register a case on the basis of such information disclosing a cognizable offence and FIR has to be registered irrespective of territorial jurisdiction.

The delay in filing of FIRs in the Madhuri case has also caught the eye of the Vice President of India M Venkaiah Naidu. On Monday, speaking in the Rajya Sabha as Chairman of the House, he said that it’s a lacuna in our police system that the police are fighting over jurisdiction and not filing cases despite clear direction to do so.

Umesh Chandra, a High Court lawyer in Telangana, says that in the Hyderabad case, there are two categorical mistakes that the police made. “There was no option of zero FIR given to the family. The concept of zero FIR is upheld by the courts, it allows the police to do investigation irrespective of jurisdiction. This concept has been upheld by a slew of judgments. When the concept is in place, why was it not followed in this instance?” he asks.

The lawyer went on to question the suspension order, explaining that under Section 7 of the Police Act of 1861, negligence of duty is one of the grounds for dismissal. “If the officials were found delaying the filing of FIR and not offering a zero FIR option to the complainant, action can be taken against the officer under section 166a of the IPC for a public servant disobeying direction under law. Only a dismissal will act as a deterrent, not a mere suspension – which is a mere gap in service. They will just get transferred. The police have to fix the responsibility at the lower rung. They cannot claim ignorance of the law. If the police commissioner doesn’t take strict action in such cases when in what case will they do so?” he asks.

ALSO READ:  Are 'States In South India' Being 'Taken For A Ride' In Revenue Sharing?

Activists in the city say that this is not an isolated incident of police refusing to file a zero FIR – or an FIR in general. In Telangana, the police often do not take women complainants seriously, even if they are victims of sexual assault they say. The FIRs are often delayed and get filed only after much deliberation.

Jameela Nishad, who works with a non-profit called Shaheen, says, “The police often tell sexual violence survivors, why don’t you go for compromise? Why raise a complaint? These kind of questions are asked by police in sexual assault and rape cases, some involving minors.” #KhabarLive

‘Sleepless Nights’ By TDP Leaders Over IT Raids, Worries Who’s Next...

How Mobile Apps Can Track And Store Your Medical History, Data...