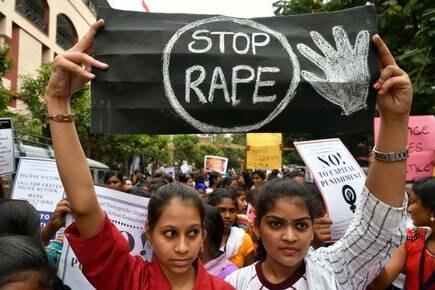 Senior politicians and bureaucrats seem to have given the go-by to the Supreme Court’s guidelines not to disclose the identity of rape victims.

Four days after the brutal gang-rape and murder of a woman veterinarian on the city outskirts, there was visible outrage from different walks of life. Cutting across party lines, several politicians condemned the offence and visited the victim’s family.

They, however, seem to have forgotten the apex court’s directive. A release from a senior ruling party leader’s office in the State government mentioned the victim’s name. What baffled many was a video posted on a social media platform by an important personality holding a responsible position who not only named the victim but also shared the images of consoling the family members.

Not to lag behind, another senior Minister in the Cabinet on Sunday posted a series of tweets with the veterinarian’s name.

A Collector of a district adjoining the State capital tweeted even her photographs, while a high-ranking police officer too named her in a safety message posted on a social media platform. However, the top police brass deleted it and posted it again without naming the victim after outrage from netizens.

Even a woman corporator in the Greater Hyderabad Municipal Corporation took to Twitter and mentioned the victim’s name with a few photos of her after participating in a candle march.

More agonising was the banners, posters and placards displayed by the protesters across the the country carrying the young victim’s pictures.

‘Call her Disha’ – After the outrage on social media platforms and news channels decrying the brutal offence, Cyberabad Police Commissioner V. C. Sajjanar urged people to refer to the victim as ‘Disha’ instead of identifying her with the original name. This move came after the Commissioner consulted the family members of the victim. “To safeguard the confidentiality and protect the rights of the victim’s family, we request people to use #JusticeForDisha,” Mr. Sajjanar added.

Later in the evening, DGP M. Mahender Reddy visited the crime scene at Thondupally near Shamshabad and met the victim’s family before reviewing the case at the Shamshabad DCP office. #KhabarLive

‘In This Elections, ‘Mahakutami’ Will Rule Over Telangana Assembly Soon’