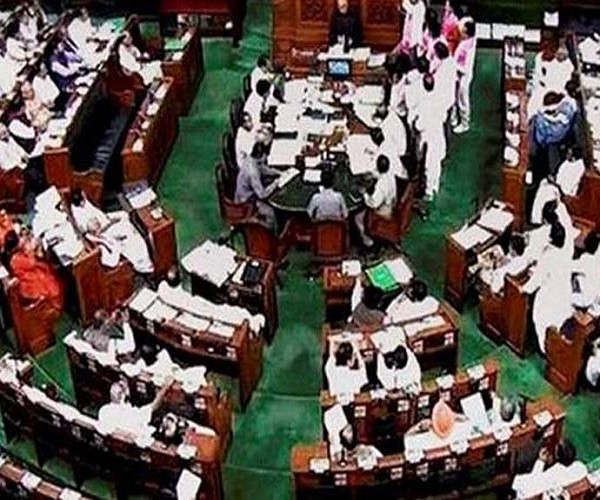 The politicians are forever concerned about elections and the easiest way to get re-elected is playing the caste and communal card.

A few days ago Rahul Gandhi organised an iftar party on account of Ramzan celebrations. That was the time when the fitness regime of the prime minister went viral.

The leader of the second-largest political party in Lok Sabha exclaimed, “It is bizarre, have you seen it?”.

Rahul Gandhi was speaking with regards to a video that showed Narendra Modi exercising in the morning.

Seated on his table were two former presidents of India – Pranab Mukherjee and Pratibha Patil. Both of them maintained a dignified silence.

The fitness exercises that the prime minister showed were not of the vigorous type which Rahul Gandhi may be doing but were more for flexibility and balance. This is understandable considering that the prime minister is a 68-year-old man. I wondered why Rahul saw this as an amusing episode and why as a nation we are wasting our time over stupid and trivial issues.

A few days later, Yogi Adityanath who is the chief minister of the most populous state, declared that Rana Pratap was a greater king than Akbar. Now both of them occupy a revered place in Indian history but they ruled 500 years ago.

One wonders what difference it will make today if one of them was greater than the other. Another trivial issue.

During the campaigning for Karnataka elections, our prime minister lambasted Pandit Jawaharlal Nehru for having ill-treated two Kannadiga army generals – KM Cariappa and KS Thimayya. The facts were wrong as has been subsequently written about.

But I wondered that even if the facts were right how are they relevant to our present? Nehru died 54 years ago and some of the incidents are 60 years old. How do such old incidents relate to the Congress of today?

Another example of looking into the past and digging out trivial issues.

There was a superb article written in The Times of India a couple of days back by Avni Bansal on what India really needs to do and what should be the issues being discussed in Parliament and in our public life and media. Issues which are concerned with future and improving the well-being of its citizens.

Our former prime minister Atal Bihari Vajpayee was a member of Parliament in 1957. He once mentioned how in those days Parliament was a chamber of lofty debates and visionary discussions on how to build a new India.

The Opposition was small in terms of numbers but was treated with lot of respect. The Opposition members used to dine once a month at the prime minister’s house where these discussions continued. Of course, the dinners were simple affairs.

Contrast this with our present Parliament where the Union Budget was passed without a discussion. I shudder when I see televised recording of our parliamentary proceedings where members are rushing to the well of the house and shouting constantly. Average Indian citizens hate parliamentarians and have lost his faith in Parliament.

There are so many important issues that can be discussed in a constructive manner which are of vital for India.

Some of them are include the water crisis facing India as pointed out by Niti Ayog, the pathetic state of our education at all levels — primary, secondary and higher.

Another issue that should be discussed it the real extent of poverty in India.

What steps are being taken to remove that poverty and what more can be done? What can be done for the eastern India, which is lagging behind?

What is the solution for Kashmir? This unrest has been continuing since 1990s and we have not found a solution yet. We all know that Pakistan is fomenting unrest in the region but we have to set our house in order as we did in Punjab.

What is the extent of unemployment in India? How do we plan to absorb our young people over the next 20 years into the workforce? Do we need to make our labour laws less rigid so that more people are employed?

These are some of the urgent questions which need answers. These problems have to be discussed objectively in Parliament without fault finding and too much politics.

Elections have become expensive affairs and most parliamentarians are wealthy people today. In that sense they are less representative.

Ours is an old civilisation with a long history. We have developed a habit of looking too much into the past and discussing what is over and done with.

We are also gradually coming out of the feudal order where we did not question our rulers .The time has come to hasten that process and question our law makers about the urgent problems that our country and society face. They should not get away with the same old tricks if we do not fall for them. They must learn to discuss broader issues which concern our country as a whole. #KhabarLive

Gypsies Of Yore – The ‘Folk Art’ Of Magical Tricks And...

Diagnosing An ‘Ailing Republic’: The ‘Doctor’ Only Knows Economics