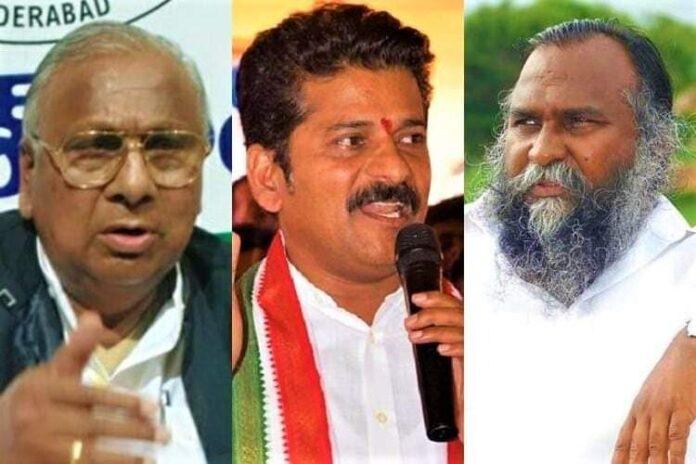 A section of senior Congress leaders in Telangana have spoken up against Revanth’s ‘antics’ and claimed that he was doing it just for publicity.

The arrest of Congress Member of Parliament (MP) Revanth Reddy from Telangana has exposed an internal rift within the party’s state unit, as senior leaders have accused the Malkajgiri lawmaker of indulging in ‘over-action’.

Revanth was arrested on March 5 by the Narsingi police under the Cyberabad Commissionerate, after he allegedly hired a drone to take photos of a farmhouse. Revanth alleged that the mansion was built in violation of the rules, and belonged to Telangana Minister and Chief Minister Chandrasekhar Rao’s son KT Rama Rao.

His arrest had triggered a major political row, with several Congress leaders condemning it and demanding his immediate release. However, not all leaders in the party felt the same way, as some have now spoken up against Revanth’s ‘antics’ and claimed that he was doing it just for publicity.

Speaking at the Telangana Assembly’s media point, Sangareddy MLA Jayaprakash, popularly known as Jagga Reddy asked the party’s high command in New Delhi to take action against Revanth Reddy. He claimed that he was trying to draw media attention as he aspired for the post of the Telangana Pradesh Congress Committee (TPCC) chief, which will soon be up for grabs.

“I also want to be PCC chief. When Revanth Reddy is aspiring to be Chief Minister, won’t I also wish for the same? Even I am aspiring. Not only me, everyone in Telangana Congress wants to be CM. But who will decide it? Sonia Gandhi and Rahul Gandhi. So, I am asking him to stop this nuisance,” Jagga Reddy told reporters.

“If Revanth’s supporters don’t stop portraying him as a CM candidate, I will directly go to New Delhi and complain to Sonia Gandhi,” he added.

Following this, senior leader and former MP V Hanumantha Rao also backed Jagga Reddy, telling a media outlet, “He is still new in the party. His style is different. There are many allegations against him also regarding land grabbing. If he first tackles that issue and then talks about other things, it will be good. He is raking up new issues to divert the attention from the existing cases against him.”

Revanth Reddy had joined the Congress in 2017, after a long association with the Telugu Desam Party (TDP).

“Does he want to show that he is the only one working for the party? Everyone knows what he has done. Are we pointing out that he has a money laundering case and a Central Bureau of Investigation (CBI) case pending against him?” Rao asked.

Along with Revanth, the Narsingi police had also arrested six persons — Praveen Paul Reddy, Vijay Simha Reddy, Jaipal Reddy, Rajesh, Shiva and Om Prakash Reddy — the team who had shot the photos of the farmhouse using the drone.

All the six others have secured bail but Revanth Reddy has been denied the same by a local court and is presently imprisoned in Cherlapally jail. #KhabarLive