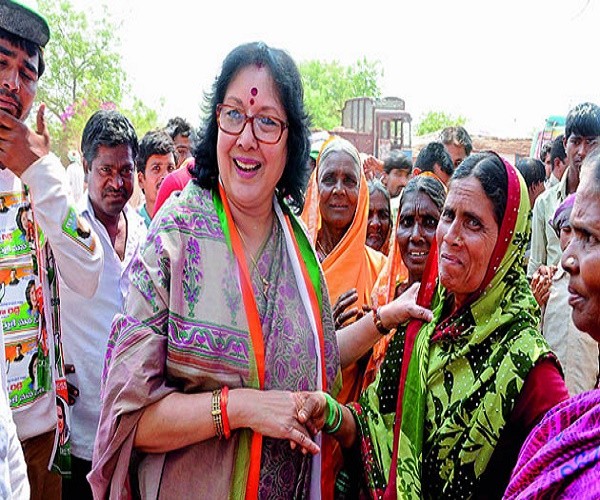 Every other Congress leader, ranging from Jana Reddy to Uttam Reddy, Komatireddy to Revanth Reddy are making noise. But, one other senior Congress politician who has seen many a winter in the party, is silent. Not a word, not a statement and not even a press note from this leader.

But, it is being said that the TRS will taken her into the party at the right time to deal a deathly blow to the Congress campaign. Geetha Reddy could very well be the ace up KCR’s sleeve. When a senior leader like Geetha Reddy joins the TRS, it would be a big shock to the Congress Party.

Geetha Reddy is one of the very few Congress leaders, who had won in 2014 elections and has a great connect with the people of her constituency. He was minister for tourism and industries during the YSR government. #KhabarLive