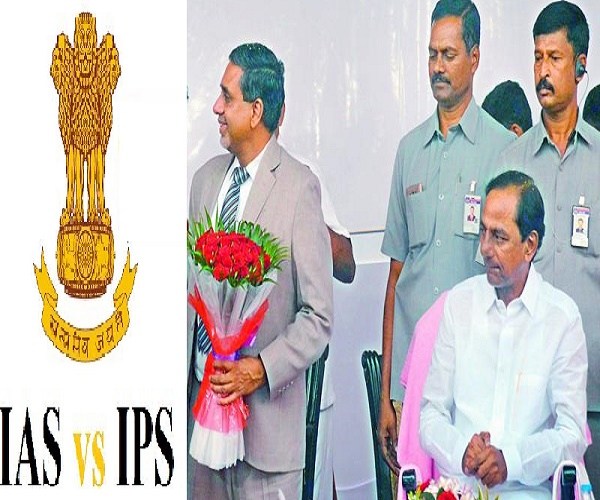 The trend on the rise across States, and Telangana is no exception in this unbeuracratic behavour towards government employees on top positioms. A strange situation is prevailing in Telangana. When several IAS and IPS cadre officers are waiting for postings or those in ‘loop line’ posts are looking for ‘better’ assignments, they are being filled with non-cadre officers.

There are several All India Service cadre officers, who have been waiting in vain to serve as District Collectors or Superintendents of Police, respectively, but the government has opted for non-cadre officers in those positions in most places much to the disappointment of cadre officers.

Soon after reorganisation of 10 districts of Telangana into 31 districts – the number rose to 33 recently with creation of Narayanpet and Mulugu districts – junior IAS officers initially got an opportunity to serve as Collectors and IPS officers as SPs.

In the erstwhile combined State of Andhra Pradesh, an IAS officer would become District Collector only after serving at least for seven to eight years and many felt the bifurcation had facilitated young IAS cadre officers to administer as Collectors early in their service. But over the period of last five years, things have changed.

ALSO READ:  Do You Speak 'Telugu', Yes - 'Welcome To America' To Live, Learn And Earn!

In the wake of discontent among some All India Service (AIS) officers over the appointment of non-cadre officers to cadre posts, here is a look at what some of the Indian Administrative Service (Cadre) Rules, 1954 say on the issue:

2 (a): A ‘cadre officer’ is defined as a member of the Indian Administrative Service.

(b): ‘Cadre Post’ means any of the post specified under item 1 of each cadre in schedule to the Indian Administrative Service (Fixation of Cadre Strength) Regulations, 1955.

8: Cadre and ex-cadre posts to be filled by cadre officers.

8 (3): State Government with the prior approval of the Central Government appoint a cadre officer to hold an ex-cadre post and the number of ex-cadre posts is specified for the concerned State.

State Government shall obtain prior approval of Central Government for continuation of a non-cadre officer beyond a period of three months.

9 (3): Where a cadre post is filled by a non-cadre officer for a period exceeding six months, the Central Government shall report the full facts to the Union Public Service Commission with the reasons and give suitable direction to the State Government concerned on the advice of the Commission.

Informed sources said that at least 27 non-cadre officers are in the cadre posts such as District Collectors, Managing Directors of Discoms, heading departments like Horticulture, Marketing etc.

“It is not a good trend but this seems to be on the rise,” they quipped. Senior and retired bureaucrats said that the trend is not confined to Telangana alone but is also prevalent in States like Gujarat and Tamil Nadu. Even in the Centre, retired non-cadre officers were brought in to helm the cadre posts, it is being pointed out.