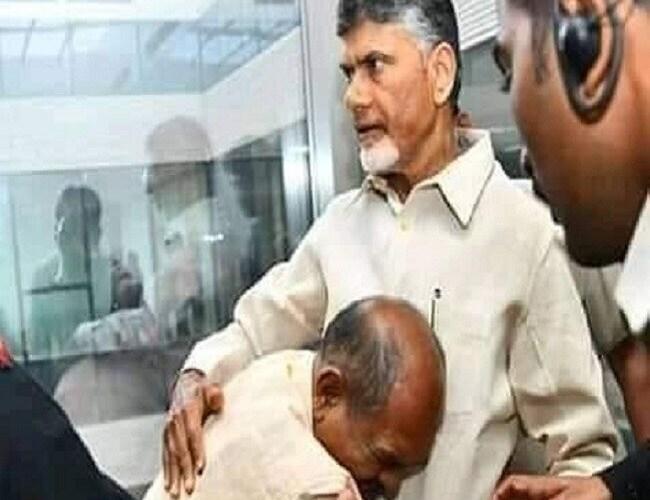 After keen observations and consultations with several senior or age-old politicians in Andhra Pradesh, many are suffering from acute mental disorders due to various reasons in thie political career. It seems, age-factor, loyalty and blind-faith is the main cause for this problem.

Some senior politicians in AP seems to be suffering from psychological disorder. That is for one single reason – the over assessment of Chandrababu Naidu and under assessment of Jaganmohan Reddy.

Finally, when the election results were out on May 23, they were proved wrong and that causes pain in the chest.

The over estimation of Chandrababu Naidu was because of his proven political track record and his “successful” political strategies.

Though Naidu’s success is associated with the strong and uncompromising support of the media in his favour, these leaders failed to make an assessment of the emerging social media impact, where his image had gone down several feet down.

The under estimation of Jagan Mohan Reddy, for most of these leaders, was because of his age. Most of them have seen him as a child and he grew in front of them. It becomes tough or gives several doubts on the abilities of a child who is grown in front of our eyes.

Until and unless the child proves his or her abilities and strength, elders don’t take the child seriously. This was what happened in the case of Jagan Mohan Reddy for most of the senior leaders in AP politics.

But, when the child had proved, the heart beats of several leaders are taking a break. They are undergoing severe pain, both in the heart and brain.

ALSO READ:  #TalkPoint: Why 'Maoists' Resurface In AP After Many Years Of 'Hibernation'?

Ironically, the pain in the heart and brain leads to psychological disorder or weakness and it was seen in the case of former minister and former speaker Kodela Sivaprasada Rao.

Unfortunately, among other leaders who feel this pain in the chest and head, J C Diwakar Reddy, appears in the front row these days.

His tall claims and lose talks have disappeared and he was seen wailing in the presence of Chandrababu Naidu, sometime this week.

Diwakar Reddy is one of those senior leaders who took Jagan Mohan Reddy light and refused to accept his abilities or growing popularity.

Diwakar Reddy was very vocal in dismissing Jagan Mohan Reddy’s strength in front of Chandrababu Naidu, as he had known Jagan as a child and Naidu as a leader.

But, when the child proved victorious and began paying back for his loose talk, it is causing him severe pain both in the brain and chest.

Anyone who saw Diwakar Reddy lowering himself and wailing in the hands of Chandrababu Naidu this week, can make out the psychological situation of this leader.

The best thing he and others who have similar “pain in the chest and head” should come to terms with the reality and accept Jagan as a proven leader and not as a child grown up in front of their eyes.

One may not have accepted Jagan before the elections or failed to assess his chances, but when the results are out and he is proved, one should accept the reality.

It is good for these leaders to admit this fact and reduce the pain in chest and brain. Or else, this pain might lead to undesirable consequences. #KhabarLive