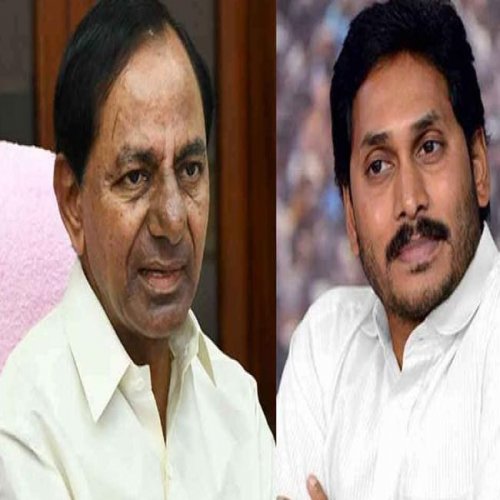 The Telangana chief minister K Chandrashekar Rao’s announcement on Monday that he had suggested to Prime Minister Narendra Modi to extend lockdown period for another 10-15 days to combat the Covid-19 in the country landed his Andhra Pradesh counterpart Y S Jagan Mohan Reddy in an embarrassing situation.

The suggestion came at a time when the Jagan government has been preparing the state for a partial lifting of lockdown after April 15.

The chief minister has been taking suggestions from various experts as to what relaxations the government could give to what sectors.

A senior official of the Jagan government indicated that except hotspots and red zones where there would be complete lockdown for some more time due to prevalence of Covid-19, relaxations could be given to other areas where the chances of mass gatherings are less.

ALSO READ:  It's The Best Time To 'Reset' The Progressive 'Golden Telangana' Dream!

He even hinted that industrial activity could resume at least in one shift to resume production and agricultural activities like harvesting, procurement of grains and marketing could go on.

Even Rythu Bazars could be opened with certain restrictions to ensure that people maintain social distance. Certain shops and business establishments also could be allowed to run, again with restrictions.

But, KCR’s announcement has left the Jagan government on tenterhooks. It has definitely created panic among the people even in Andhra Pradesh.

Apparently, some other states are also expressing the same view and a decision would be taken at the Prime Minister’s video conference with CMs in a day or two.

If the Centre takes KCR’s suggestion seriously and continues the lockdown for some more period on the pretext of growing Covid-19 positive cases, AP will be in trouble.

“Already, the state’s economy has taken a severe beating. There is absolutely no income from any other sources. Though AP is also facing a dangerous situation due to increasing in number of cases, it is restricted to a few districts. We thought of easing lockdown in other areas, so that we can generate some revenue,” an official in the AP government said.

An analyst opined that KCR should have talked to Jagan first before making any such unilateral announcement.

“After all, both the states have to work in complimentary to each other in such a situation. Telangana is better placed in terms of revenue and it will be AP which will suffer huge losses,” he observed. #KhabarLive