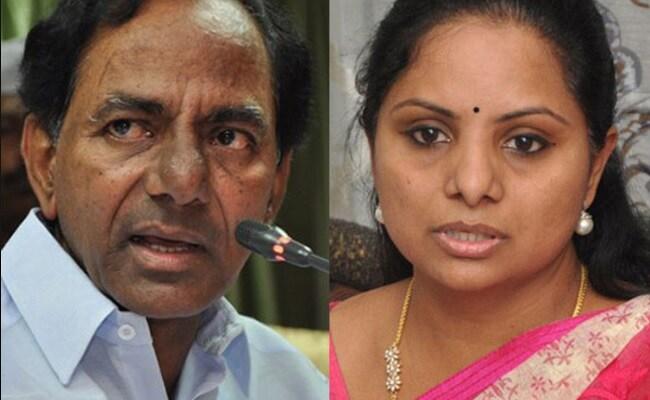 It has been a long time since one has heard about Kalvakuntla Kavitha, former Nizamabad MP and daughter of Telangana Rashtra Samithi president and chief minister K Chandrasekhar Rao.

She has been maintaining a completely low profile ever since she was defeated in the Lok Sabha elections in May last year.

Though she made public appearances now and then, generally she has been keeping away from media glare.

Even during the last Bathukamma festival for which she had been a virtual brand ambassador in the previous five years, Kavitha preferred to remain silent.

Even her Telangana Jagruthi activities also are not prominently heard or seen anywhere.

Since sitting idle politically for the another four and half years will be disastrous for her, Kavitha has been desperately trying to get back into political limelight.

Party sources said she has been bringing pressure on her father KCR to elevate her into a top position in the party on the lines of her brother and now minister K T Rama Rao.

She is said to be asking KCR to make her another working president of the TRS, along with KTR.

“Many parties have more than two working presidents and so, there is nothing wrong in nominating Kavitha as another working president, so that she can gain control over the party,” sources said, quoting her followers.

Following the latest reports that KTR would be anointed as the next chief minister of Telangana sooner or later, Kavitha seems to have become restive and is said to be bringing more pressure on KCR for her elevation in the party.

It is learnt KCR had promised to send her to Rajya Sabha in the ensuing elections in April/May, but Kavitha is said to be not interested.

She does not want to have any post that comes to her through backdoor, as it would spoil her career.

“She wants to play active role in state politics, as she does not have to anything to do in Rajya Sabha. At least in the past, she had ambitions of becoming a central minister. Now after the Nizamabad defeat, her stakes are down. So, she prefers a party post than an RS seat,” sources said. #KhabarLive

What It Takes For A Woman To Be A Journalist In...