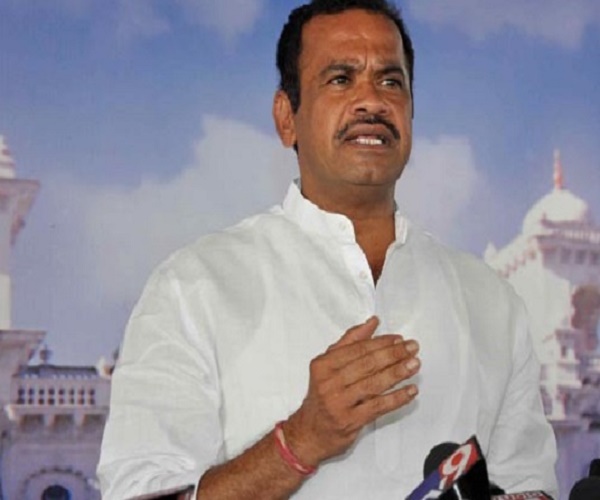 Consumption of liquor became a talking point in the Telangana state assembly on Monday, following the attempts of the Congress MLAs to disrupt the address of Governor E S L Narasimhan on the occasion of the budget session.

Following the unfortunate incident of former minister and Nalgonda MLA Komatireddy Venkat Reddy throwing his headphone at the podium causing injuries to the eye of legislative council chairman K Swamy Goud, the Telangana Rashtra Samithi legislators made a strong attack on the Congress MLAs.

TRS chief whip in the legislative council P Rajeshwar Reddy alleged that some of the Congress MLAs, including Komatireddy came to the assembly in inebriated condition with a malicious intention to attack the ruling party members.

“We clearly saw an MLA falling on senior Congress leader K Jana Reddy in a drunken state. Komatireddy and others were clearly drunk in the House,” he alleged.

“How dare he calls me a drunkard, when he has chief minister K Chandrasekhar Rao beside him? Everybody knows how KCR cannot survive without consuming liquor every day. Liquor flows freely at Pragathi Bhavan and KCR’s farmhouse,” he alleged.

The Congress MLA challenged that he was ready for undergoing medical tests to prove that he had not consumed liquor.

“But, they should test KCR also. It will prove who is drunkard and who is not,” he said.

If the Telangana government has its way, former minister and Congress MLA from Nalgonda Komatireddy Venkat Reddy might get the suspension from the assembly for one full year, for his alleged unruly behaviour causing injuries to Legislative Council chairman K Swamy Goud.

According to assembly sources, apart from suspension for an year, a criminal case might also be filed against Venkat Reddy for causing injuries to Swamy Goud.

Irrigation and Legislative affairs minister T Harish Rao announced that action would be proposed on Venkat Reddy as per the rules of the Assembly.

Strongly condemning the unruly behaviour of the Congress members, he said it was totally uncalled for on the part of the MLAs to create ruckus in the House.

“They came to the House pre-planned to create disturbances. What would have happened if the headphone hit the Governor, causing him injuries? We have asked the authorities of the assembly to go through the records of the proceedings and submit a report. Based on the report, we shall take action against the MLA,” he said.

“We have respect for Swamy Goud. The government is enacting a drama”, Uttam said. #KhabarLive

‘Blue Cross’ Takes Off After Selling Thousands Of ‘Cows To Abattoirs’...