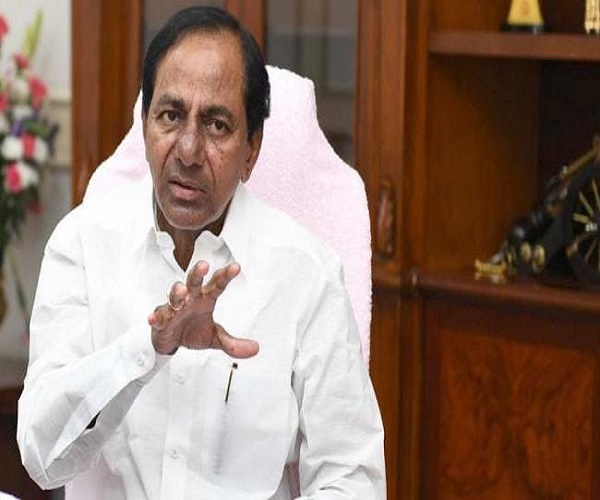 Telangana chief minister K Chandrasekhar Rao’s latest statement that farmers of the state should raise only those crops as suggested by the state government and only those farmers would be eligible for Rythu Bandhu and Rythu Bima schemes has kicked up a row.

In a way, the KCR government is trying to regulate the agriculture sector from the coming Kharif season. He directed that the farmers should raise crops only as per the market demands so that they would get profits.

As a first step towards the regulated farming, the Chief Minister said the government decided to take up paddy cultivation in about 50 lakh acres in the State commencing from this Kharif (Vaanakalam) season.

The government would guide farmers on what crops should be cultivated in which area and to what extent.

The State government also decided to promote the cultivation of vegetables in farmlands near urban areas. Farmers would be guided on varieties of vegetables to be cultivated based on location and extent of the area.

“Farmers must cultivate crops to meet market demand. They cannot cultivate the same crop en masse and dump it in the market seeking a remunerative price. The State government will guide farmers in choosing the crop to meet the market demand and accordingly, they should cultivate only these crops. Farmers must change their mindset and be prepared for constructive reforms in agriculture,” the chief minister added.

Experts say this is nothing but an indirect way of enforcing contract farming wherein the contractors would decide which crop the farmers would grow since the farmers have a buyback agreement.

“How can KCR decide which crops a farmer should grow? And by saying that he will not pay Rythu Bandhu to those who don’t follow the rules, he is virtually blackmailing them,” an expert observed.

On the other hand, buoyed by the expansion of irrigation coverage and a bumper paddy crop this season, Telangana has decided to go for a new agriculture policy under which farmers will have to grow whatever crops the government decides.

Focusing on agriculture which offers a silver lining with record paddy cultivation in the otherwise gloomy scenario due to outbreak of coronavirus and the resultant lockdown, Chief Minister K. Chandrashekhar Rao has intensified his efforts to consolidate the gains in the primary sector.

Claiming that the regulatory agriculture cultivation is for the benefit of farmers, he wants them to cultivate the crops as suggested by the government under the policy to be framed on the basis of research and the inputs by the agriculture experts.

The new cropping pattern to be decided by the government will come into effect from this monsoon season and is expected to bring a big transformation in the sector.

KCR, as the Chief Minister is popularly known, believes the new system will ensure that the farmers earn profits from their produce.

He wants farmers to cultivate crops that have demand in the market. As there is no regulatory system and farmers are cultivating the same crops, the government decided to suggest to farmers what to cultivate for better profit.

The government will pay Minimum Support Price (MSP) for only those crops cultivated on its suggestion and farmers not following its suggestion will be denied the benefits of Rythu Bandhu, under which fares get investment support of Rs 5,000 per acre every year.

The state has 60-65 lakh farmers and about 90-95 percent of the state’s population depend on agriculture and allied sectors for their livelihood.

The government said it would soon announce what crops should be cultivated in which areas and to what extent. The changes will come into effect with the monsoon season. As the paddy is likely to be cultivated in 50 lakh acres, it was decided to regulate paddy cultivation by covering both fine and coarse varieties.

It was also decided to grow vegetables in the farmlands closer to the urban areas. The government will also suggest to farmers which vegetable variety should be grown in which area.

KCR discussed comprehensive agriculture policy with agriculture experts, scientists and officials. A study was done on what crops and to what extent should be cultivated in the state and what strategy should be followed to sell the produce.

The experts suggested that to make agriculture profitable, the farmers should cultivate the crops based on the food habits of the people and those crops having high demand in the market.

KCR claims that his government is solving the problems of the agriculture sector one by one. Ensuring 24X7 free electricity to the sector and completion of major irrigation projects are among the major achievements of his government during the last six years. He is confident that by next year’s monsoon season, water will be available for irrigation in every part of the state.

Stating that Telangana is on its way to becoming the rice bowl of the country, KCR said in the days to come, paddy would be cultivated in 90 lakh acres every year. About 2.70 crore tonnes of paddy is expected to be grown.

Despite the financial crisis due to the lockdown, the government is spending Rs 25,000 crore to buy the paddy cultivated by the farmers on nearly 40 lakh acres during the ongoing Rabi season. The state expects a yield of more than one crore tonnes, the highest for the season since the creation of the state in 2014.

The government, however, made it clear that procurement of entire paddy this season is being done on humanitarian consideration. “The government cannot do this every year. This is so because the government is not a business organization. If the crop cultivated has demand in the market it will get a good price.”