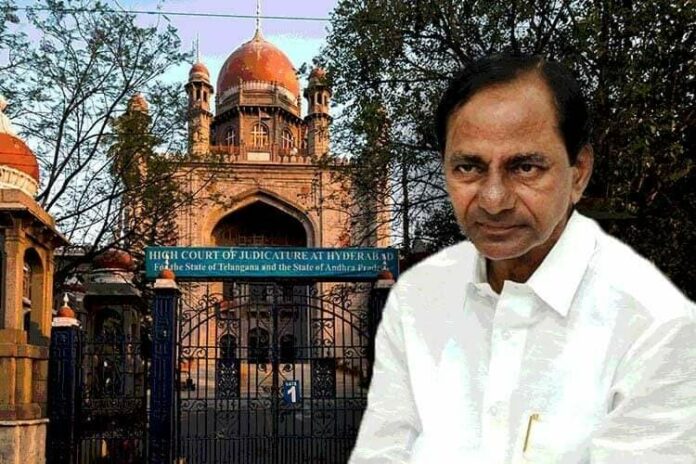 The Telangana Chief Minister K Chandrasekhar Rao’s way of functioning, on multiple occasions, has been called dictatorial by opposition parties. And there couldn’t have been a starker example than his handling of the strike by Telangana State Road Transport Corporation (TSRTC) employees, where the Chief Minister refuses to surrender any ground.

As nearly 50,000 employees of the loss-making TSRTC have been on strike for nearly a month now, KCR’s response has oscillated between insensitive and flippant. In one slash, he declared 48,000 workers ‘self dismissed’, and then called the TSRTC a ‘gone case’.

As the political opposition in Telangana is increasingly non-existent, and the civil society is grappling with ways to hold KCR and his government accountable, the one body that the Chief Minister has not been able to dismiss or ignore is the state High Court. And on multiple occasions in recent times, the Telangana High Court has stepped up to question the government where needed, holding up an important pillar of democracy.

Specifically, in three cases in the last few months, the court stepped up where the opposition and civil society found themselves wanting.

For the last few weeks, hospitals in Telangana overflowing with dengue patients, after the state witnessed an outbreak. Even a judge succumbed to the disease in Khammam. According to data accessed by #KhabarLive, the state-run Gandhi Hospital in Hyderabad alone saw 1,027 positive cases of dengue in September, compared to just 252 in August. As of October 21, the hospital witnessed 424 positive cases, and the death of five children. But this data, many believe, is only partial – and the government has been withholding the real numbers. And when questioned, the state government tried to play down the issue.

On September 11, the court heard a PIL filed by a Hyderabad based lawyer on “inadequate medical facilities provided at the government hospitals to treat diseases like swine flu, malaria and dengue besides others.” The court slammed the state government’s handling of the issue, and asked them to file a report on the steps taken by them to prevent dengue within 10 days.

On September 25, the court warned the government of serious action if it failed to control the dengue epidemic in a month. Hearing a PIL filed by a doctor on the government’s inaction in the spread of dengue, the court asked, “Why can’t the state government subsidise the cost of the ELISA test, which diagnoses dengue… so that every patient, irrespective of his financial position, can undergo this test?”

On October 24, the court reportedly described an affidavit filed by the Medical and Health Principal Secretary as a ‘lackadaisical and half-hearted effort’. The court also pulled up the government over whether the death of a person in power vis-a-vis a common man was being treated differently. The court even warned officials that they would have to pay money out of their own pocket if dengue deaths are reported.

According to those on the ground, it was only after they were continuously taken to task by the court that the government started work on tackling and preventing dengue in the state.

Calling the bluff on money and ‘misleads’

The High Court’s most recent efforts to hold the government accountable has been on the TSRTC issue.

Employees of the loss-making TSRTC launched a strike on October 5 with a list of 26 demands. KCR in his signature style did not hold any talks, and instead gave the nearly 50,000 employees on strike an ultimatum to rejoin duty, failing which they would be dismissed. This is now the status quo, with the CM announcing that only 1,200 employees were now with the TSRTC and that nearly 48,000 employees have been ‘dismissed’. In the last 25 days, multiple employees have either taken their own lives or passed away, and numerous families have been put in jeopardy because of the lack of a stable income. Chief Minister KCR has meanwhile called the TSRTC a “gone case”. And the only body that the CM seems forced to give any attention to is the Telangana High Court.

ALSO READ:  'It's Time To Move Forward And Get United For Telugu States For Best Results'

When the TSRTC matter went to the High Court, the court urged the state government to meet the demands of the workers and hold talks and even gave deadlines, although those did not bear fruit.

Pertaining to worker salaries, employees hadn’t received their salaries for September, which led to the court telling the government that the salaries had to be disbursed. However, the Telangana government told the court that they didn’t have the money to pay the salaries, and would not be able to pay the salaries. It stated that Rs 239 crore was required to disburse salaries, while the corporation only had around Rs 7.5 crore. The salaries are yet to be paid. Additional Advocate-General Ramachandra Rao, representing the TSRTC, told the court that as per a report by a committee of executive directors of the TSRTC, Rs 46.2 crore is required for 16 out of 21 demands of the employees but the TSRTC is not in a position to bear the expenditure.

For this, the court once again pulled up the state government, and reprimanded them saying the government has money to announce Rs 100 crore worth of sops for the Huzurnagar constituency (where the KCR-led TRS recently won the bye-poll), but could not spare Rs 47 crore for the demands of TSRTC workers. The state government, however, maintained that they couldn’t give the money because of a slowdown.

When the state government claimed that in the previous years it paid the TSRTC in excess of Rs 622 crore, the High Court called it a misleading statement. Chief Justice Raghvendra Singh Chauhan has asked the government to come back with a report that’s not ‘misplaced and vague’ and explains the money given to TSRTC.

The pillar of democracy protecting heritage

Another instance where the court managed to get the KCR government’s attention when civil society struggled to do the same, was on the issue of the razing of a heritage building, Errum Manzil.

The move to demolish Errum Manzil was met with widespread opposition by heritage enthusiasts as well as descendants of Nawab Fakrul Mulk. Once again, the government bulldozed all these objections – but was halted by the court’s interference.

A batch of petitions was filed in the Telangana HC over the demolition of both buildings, which led to both plans coming to a grinding halt. The court struck down the decision of the state Cabinet to demolish Errum Manzil to build the legislature complex and directed the government not to demolish the current state Secretariat till further orders. #KhabarLive