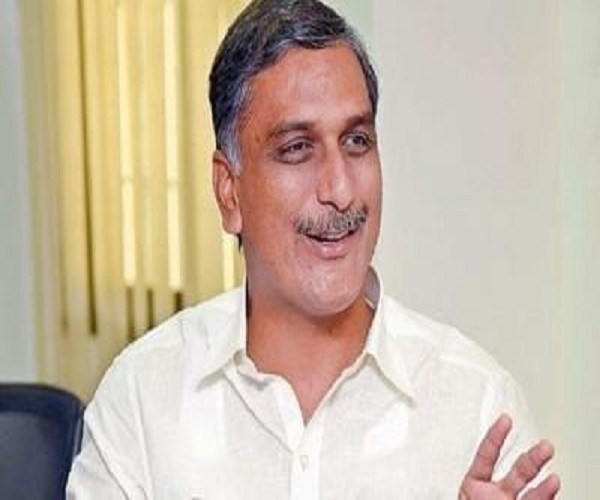 Harish made the statement while addressing a huge rally at Ibrahimpur village near Siddipet, which he had adopted.

The villagers on Friday passed a resolution stating that all of them would vote for him in the coming elections.

“I am overwhelmed by your affection and love. I don’t need anything else. I feel like retiring from politics as I enjoy your support and love,” he said in an emotional tone.

It is not known whether he had made the statement out of emotion or it was a calculated statement. But political observers say it clearly indicates the brewing discontent in Harish over the way he was being sidelined by the family of TRS president.

Though he continued to remain loyal to KCR and has also been moving closely with his uncle, Harish is apparently feeling suppressed by KCR’s son K T Rama Rao and daughter Kavitha.

A party source said if the TRS gets more than 80 seats, KTR would take the entire party and the power under his control and even push KCR to the sidelines.

ALSO READ:  'Mosquoto Menace' Is Base Problem For 'Electioneering' In Hyderabad

It would mean the end of the road for Harish after the elections.

“Since Harish is a master strategist and can wield his influence over several districts of northern Telangana, he is being untouched. But once the elections are over, KTR would not hesitate to push Harish out of the party, if necessary or make him an insignificant character,” sources said.

However, Harish is said to be having his own plans. If the TRS gets bare minimum majority, he would not hesitate to split the party and join hands with the rivals to avoid KTR from taking over the reins.

“But if his plans do not work out, he would quietly retire opt out from the party politics and wait for another five years,” the sources said. #KhabarLive