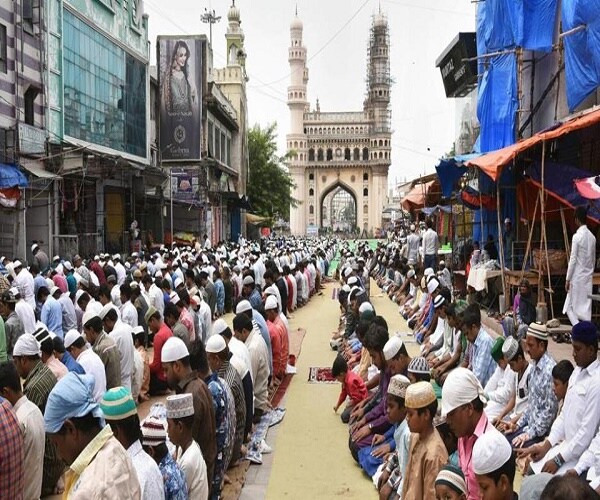 Muslims in Telangana State do not face communal violence as much as in a few other States in India but, leaving Hyderabad, their socio-economic situation is extremely bad.

Most of them lack in reasonable levels of education, own no houses and have no savings to venture into any business. A majority of them sell their labour or take up take up small businesses by borrowing money from the open market on exorbitant interest rates.

“Muslims we met have no houses of their own. There is no ownership of anything. They sell vegetables, fruits etc. on carts in districts. Every day they earn about 400 or 500 rupees that go into the running of everyday expenses. There is no way of saving and investing in business or education of children. If that is the situation how they could manage their education and health needs. Human capital is at a low level with no education, training and financial resources,” said two eminent economists and researchers—Amirullah Khan and Abdul Shaban. Both of them are professors in their fields.

They formed part of the Commission of Inquiry on Socio-Economic and Educational Conditions of Muslims in Telangana. The Commission submitted its report in 2016 but the government asked it to study further the situation and make recommendations. The committee submitted two more reports and wound up its work some three months ago. The Commission was headed by former Special Chief Secretary to the government of Andhra Pradesh G. Sudhir.

ALSO READ:  In Kashmir, Gulshan Books — India's Only Bookshop-Library On Lake — Is Reinventing The Story

The other member of the Commission was M A Bari. The main study was carried out with a large sample of 8,000 Muslim men and women in Cities, towns and villages.

The Commission has recommended to the government to allot 20 percent of the one-room and two-room houses it is building for the poor across the board. The recommendation of allocation of 20 percent housing is based on the fact that more Muslims are found in cities than in villages. The allocation of houses could also solve the problem of collateral the banks demand for sanctioning loans.

The three-part Commission report has recommended to the government to provide training to Muslims so as to enable them to get absorbed in mass employment giving departments such as police.

While the Commission has recommended the government to encourage Muslims to migrate to places where there are more employment opportunities it was not sure whether it could be done. Khan said among the migrating population Muslims represent low numbers. While 31 percent of the Indian population is urban when it comes to Muslims it rises up to 38 percent. Looking at the migration of the last 20 years one can safely say that it has further slowed down among Muslims. “Why does it happen? I don’t have that answer. None of us have that answer,” Khan said emphatically.

But Shaban had a new dimension to offer to the question of Muslim migration. He said urban centres are the actual growth machines. But unfortunately, Muslims, Scheduled Caste and Scheduled Tribe people are not migrating as much as other communities. It is may be, because the new urban centres demand certain set of skills and orientation which these communities lack in.

Touching upon an often unheard phenomenon, Shaban said that Muslims migrate to only such cities where they have people of their own faith because they have experienced that they are repelled by other communities.

Khan chipped in by quoting a research paper submitted to the Commission by Shaban. The paper had mapped communities according to cities. “The city where the Muslim population is most ghettoised is Ahmedabad. The second city in that category is Hyderabad. It was a surprise to all of us,” he said and added, “If you map Hyderabad according to communities almost all Muslims live South of Hyderabad. North of the river you will find a dot or two. Jaipur is the best city as far as the integration of communities is concerned,” he said.

To the observation that Muslims in Hyderabad are not confined to the Old City alone as they are also found in large numbers on the stretch between Asifnagar-Mehdipatnam and Gachibowli and also in considerable numbers in Banjara Hills, Khan discarded the view. He said if one takes a look at the cluster of 100,000 houses on the map of Hyderabad, the Muslims would be seen as dots in the areas which have been mentioned. “Quality education is the key to sustainable growth of the nation,” they added.

However, they were of the view that an independent committee of experts should be formed to look into the performance of the schools so that they do not falter in achieving their goal. two experts felt that the opening of 203 English medium residential schools for the backward class Muslims would herald a new beginning in lives of the community members. #KhabarLive

The Story Behind The ‘Women Contract Employees Sexual Harrasment And Terminated...

Amaravati Is Naidu’s Pet Project And It Is Yet To Come...