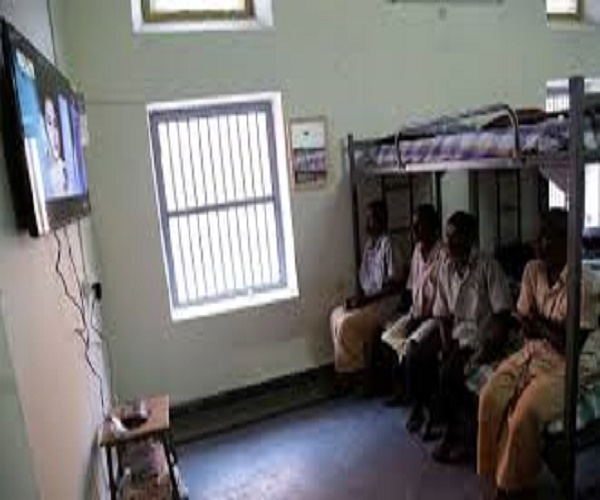 The spirit of these new initiatives is a departure from the previously punitive approach to a more reformative one as the former prisoner Narasinha works at jail managed petrol pump in Mahabubnagar in Telangana and supports his family as a responsible son.

There is nothing unusual about him except that he went to prison several times a decade earlier. What is unusual is that the Telangana prisons department has been supporting and defending his right to lead a normal life.

Decades ago, Justice V.R. Krishna Iyer described the treatment of prisoners in India as a ‘crime of punishment’. The moral indignation of the jurist was clear. Yet we haven’t come across any serious attempts to reform prisons after Kiran Bedi. The Supreme Court has been hearing a case of Re-inhuman conditions in the prisons for the past five years and issued a series of directions to the governments.

A prisoners death can be a major visible indicator of the nature of their treatment. All over the country, prisoner deaths are increasing every year. Recently, it is estimated that more than 1,500 inmates die in prison each year. The government and National Human Rights Commission are routinely ready with technical explanations to label most of them as ‘natural deaths’. The apex court raised a few questions but could not delve deeper into the phenomenon.

But the Telangana state proved that these unconscionable deaths can be prevented and the numbers can be reversed. It has brought down prison deaths to eight in 2018 from 56 in 2014. How did this happen?

No, the state didn’t do so just by extending timely medical care to the ailing prisoners. The prisons department of Telangana made this possible by recasting prison life and redefining the treatment of citizens in conflict with the law.

Today in Telangana, the eternal phenomenon of prison overcrowding is an exception rather than the norm. Prisons no longer admit the accused with injuries received during police custody, unless it is accompanied by bona fide medical certificates. Every prisoner admitted is afforded a thorough medical check-up in the prison hospital or outside. Smoking and substance abuse is outrightly banned and inmates with withdrawal symptoms are promptly admitted into hospitals.

A sufficient number of ambulances are made available 24×7 to tackle emergencies. The prison staff is made accountable for every death – individually and collectively. The medical attention given to the sick is only a small part of a more comprehensive care provided to the incarcerated. The devastating impact of prison life that makes inmates psycho-somatically vulnerable is being reduced through reorganisation and attempting to change the nature of the relationship between custodians and prisoners.

The daily routine of prison life has been transformed from an idle to a busy one. Breaks for prisoners are provided, which focus on physical exercise and meditation – activities that reduce depression. Deprivation and punishment are no longer the objects of the prison diet. Quality and variety have replaced the previously monotonous and unpalatable meals.

Inmates can supplement it with more variety from the in-house canteens. RO plants installed for safe drinking water can be seen in almost every prison. The putrid and unhygienic toilets have given way to clean and sanitary ones, ensuring their privacy and self-dignity. Their maintenance by the inmates is also incentivised. The green landscapes inside and outside the institutions have removed the gloomy atmosphere of the past. The insurmountable walls are brightly painted and barracks well ventilated.

The ability to contact families is liberalised. In place of the meaningless Jali Mulaqath, the department has facilitated one-on-one conversations with their families and lawyers through telephones separated by transparent glass. Provisions for distant telephone calls have been able to establish a line of communication with estranged families and unaccountable lawyers.

Idling during day is not possible anymore: the prisoner has to be either in school, the library, the factory or hospital. Unnecessary restrictions on the mobility of inmates within the walls of the prison are removed. The cognitive behavioural therapy of Unnati for three weeks quietens them. The custodians are corresponding with the police whenever they believe that an innocent person has been falsely implicated.

This hitherto unknown gesture has earned them trust among the inmates. Similarly, recognising the possibility of corruption in closed institutions, the prison chief has given a call to expose such instances and announced rewards. The practice of providing loans to the prisoners’ families has also been initiated. An elaborate feed-back channel from those released has also rolled many heads. The custodians are being re-oriented. Life in prison has become more tolerable and survivable.

The prison industries have also been overhauled. Steel industries and petrol pumps started across the state are providing wage employment to more inmates and even to the released. Prison products are extensively marketed outside and are making substantial profits. This year, prison-produced products made around Rs 11 crores in profit. Though principles of adequate wages for adequate work; equal wage for equal work and the right to safe working environment are yet to guide prison industries, they have given enormous financial autonomy to the department to take up reformative measures.

More importantly, the attitude of the prison staff has changed for the better and is poised to give more audience to the prisoners. They are sufficiently motivated to learn new techniques of management and take up new initiatives to run prisons more like humane institutions. They say they needn’t be harsh to discipline the inmates.

The driving force behind these reforms is Vinoy Kumar Singh, IPS who took up leadership of prisons in 2014. His relentless work has given a befitting purpose and direction to carceral institutions in the state. Yet the challenges remain enormous and detractors still abound.

Sustaining these initiatives requires changing the sub-culture of the penal institution. Yet one can confidently say that the spirit of these new initiatives is a departure from the previously punitive approach to a more reformative one. From distrusting to trusting, from deprivation to preservation and from security obsession to human concern. Are other states listening? #KhabarLive