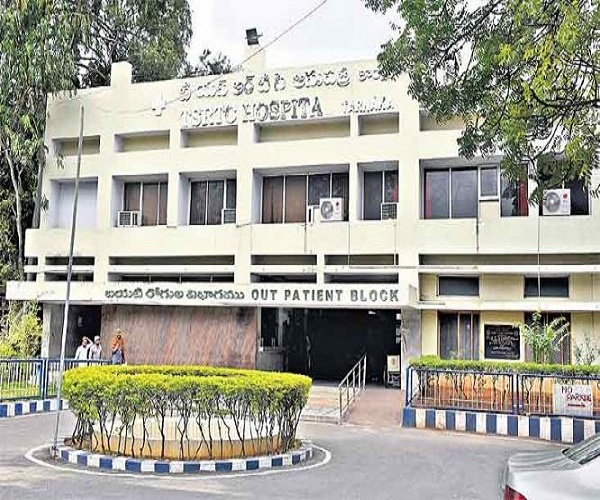 More than the patients who reach this hospital, it is the hospital itself that requires some urgent medicine and surgery to keep it afloat. The Telangana State Road Transport Corporation (TSRTC) Hospital in Tarnaka, the only health centre for RTC employees across the State, is reeling under a severe shortage of medicine and staff.

While the medicine shortage has been persisting for over a month now, the staff shortage has been an issue for quite some time. The situation has patients being forced to go to private pharmacies, even to get medicines for surgeries.

When contacted by #KhabarLive, TSRTC Executive Director (Medical) M Ravinder said there were issues pertaining to clearance of bills to the agency that supplied medicines. “We are now providing emergency medicines to patients and will sort out the issue soon,” he said.

Due to the medicine shortage, only one of the six counters is open in the hospital pharmacy leading to long queues with patients having to wait for over an hour. Even after doing so, patients are sent back owing to non-availability of prescribed medicines. This forces patients to spend around Rs 500 to Rs 1,000 on buying medicines from private pharmacies.

Recently, the RTC Telangana Mazdoor Union members also staged a protest at the hospital demanding solutions. Union working president Thomas Reddy alleged that Medplus, which supplies medicines to the hospital, had stopped doing so and that the management had not taken any action so far. He also alleged that while patients were given only some medicines, the hospital pharmacy was, however, charging the TSRTC for those which were not provided as well.

A few days ago, a retired RTC employee, M Shantabai, had consulted a dentist at the hospital, after which she was prescribed a few medicines. “Not even a single medicine was available in the pharmacy. I spent Rs 500 to purchase the medicine from outside,” she said.

The 250-bed speciality hospital is used by RTC staff and its retired employees, with about 500 patients turning out every day. Minor surgeries and OP services are taken care of here while major surgeries are mostly referred to hospitals such as NIMS and Apollo.

With the hospital being a crucial one for TSRTC, its employees and their family members in various districts across Telangana, the current situation has had a far-reaching impact. “After retirement, we have to pay a lifetime fee of Rs 50,000 towards TSRTC to get ‘free’ treatment. Then what is the point in buying medicines from private pharmacies outside?” they ask.

The hospital requires over 30 speciality doctors. Vacancies have been plaguing the hospital for long, with the union alleging that there was no neurologist, cardiologist, urologist and other speciality doctors. During emergencies requiring specialised attention, patients were being referred to private hospitals, they said. This apart, there was a dearth of paramedical staff too. For three wards, there is only one nurse present now.

Even basic facilities were lacking. “Bedsheets are not being washed regularly, neither are the toilets cleaned properly,” the RTC union members said. They also said that despite being launched as a 24-hour facility, the hospital was being run from 8 am to 2 pm only. #KhabarLive