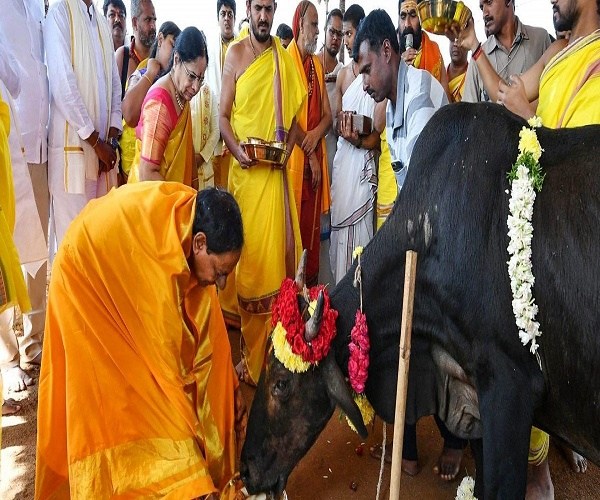 The Congress has hit out at the ruling Telangana Rashtra Samithi (TRS) for failing to induct members into the cabinet, even 40 days after the election results were announced in the state. The Congress criticised the chief minister’s failure to form the state’s cabinet, saying it is hindering the government’s functioning.

Speaking in the legislative assembly, Congress MLA Gandra Venkataramana Reddy criticised chief minister K. Chandrasekhar Rao for failing to form the cabinet. He said in another two months, the model code of conduct would again be enforced in the state for the Lok Sabha election. The government’s everyday functioning is hampered by the absence of a cabinet, he said.

The election results for the state assembly were announced on December 11, with the TRS sweeping to power once again, winning 88 of the 119 seats. Two days after the results were announced, Chandrasekhar Rao – popularly known as KCR – took oath as the chief minister, while Mahmood Ali was sworn in as the home minister. The cabinet has since not been expanded.

In the absence of ministers, Rao has been holding review meetings with officials of various departments. According to the Times of India, KCR is mulling the possibility of having only seven ministers – as opposed to a full-fledged cabinet of 17 – ahead of the Lok Sabha polls. An expansion could be on the cards after the general election.

Reports have also suggested that the delay is due to the chief minister’s request to merge some government departments.

Meanwhile, the chief minister is hosting a five-day yagam (religious ritual) at his farmhouse in Siddipet, which will be attended by hundreds of TRS leaders, MLAs and MPs, apart from 300 priests. Some of the priests have been flown in from Varanasi.

Rao has conducted several similar rituals after first coming to power in 2014. In December 2015, he organised a ‘maha yagnam‘ to solve the state’s drought problem. Before the December 2018 election, he held two homams at his farmhouse for the ‘welfare of the people’. He also offered gold ornaments worth several crores to various temples across the two Telugu states, the expense for which was borne by the state’s exchequer.

Unperturbed by criticism of ‘misuing public funds‘, KCR’s five-day yagam has been defended by TRS leaders as a ‘personal matter’ that should not be connected with politics.

Opposition leaders have claimed that the yagam will not fulfil Rao’s dreams of ‘becoming the prime minister’. For the past year, Rao has proposed a ‘federal front’ as an alternative to the Congress and the BJP. So far, the All India Majis-e-Ittehadul Muslimeen (AIMIM) and the Y.S. Jagan-led YSR Congress Party have joined the front.

Though Rao met West Bengal chief minister Mamata Banerjee to discuss the ‘federal front’, he and his party stayed away from the ‘United India Rally’ in Kolkata where leaders from 23 parties signaled the intention to take on the BJP at the Centre. Reports said KCR was unwilling to share the stage with the Congress, the main opposition party in Telangana. #KhabarLive