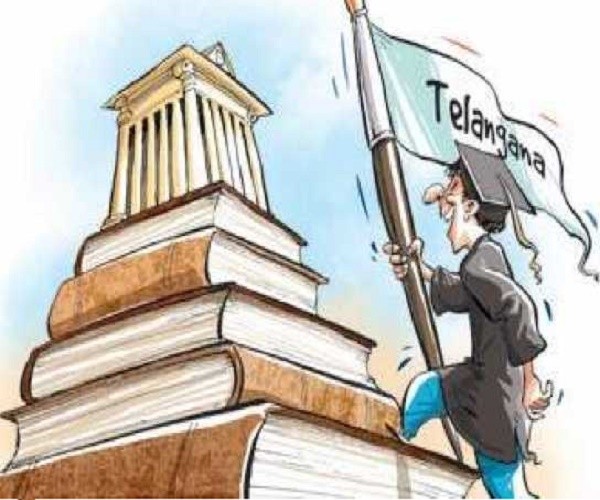 Even though Telangana has fared better in the latest edition of MHRD’s National Institutional Ranking Framework’s (NIRF) ‘top 100’ list than last year, a closer look at these institutions’ performance reveals that all of them have taken a beating in the individual parameters that were considered for the ranking.

A few of the areas in which the institutions have slipped in the rankings include research, patents, teacher-students ratio and number of — graduate students, women students, those from economically and socially backgrounds as well as physically disabled students. Institutions are ranked on the basis of scores obtained in the following five parameters — Teaching Learning Resources (TLR), Research Professional Practices and Collaborative Performance (RPC), Graduation Outcome (GO), Outreach and Inclusivity (OI) and Perception (PR).

In RPC segment (research, quality of publications, patents etc) the varsity has slid down to 139 from last year’s 89 position. In OI, the varsity fared very badly and has obtained 359th rank. Its perception has also slipped from 63rd to 97th rank. Speaking to Express, Prof Ch Gopal Reddy said that the volume of research has been affected due to faculty vacancies. Of the 1,267 posts, OU had 741 vacant positions as in June 2016.

UoH, which was found to be the fifth best varsity in the country, has not just jumped ranks but has also improved its performance on individual parameters, barring Outreach and Inclusivity segment, and Perception. In the former, from 22nd rank, UoH has tumbled to 92nd place this year, and in the latter too, from 22nd, it has gone down to 35th rank. In other parameters, the Central varsity has improved its performance, particularly, TLR in which it has got 19th rank compared to 51st in 2017.

Eyeing the Institute of Eminence tag, the varsity had last year constituted a committee to analyse the areas where university wanted to improve in rankings. On the inclusivity aspect, OU too has under-performed. The little-known National Institute of Pharmaceutical Education and Research has once again done well and has been ranked the sixth best Pharmacy institute in the country in the list of 50 institutes. In addition to dropping down one place in the overall rank from NIRF 2017, it has also fallen to the second spot in areas like TLC (from 1), 28 in IO (from 6) and 20 (from 13) in perception.

NIT Warangal which has also performed well overall and has secured 78th rank in the latest NIRF from 82 last year, has fallen in TLR and GO parameters (from 95 to 126 and 65 to 74 respectively). Surprisingly, it is the only institute that has shown improvement in the inclusivity segment in which it has got the 106 rank as against 133 from last year. #KhabarLive