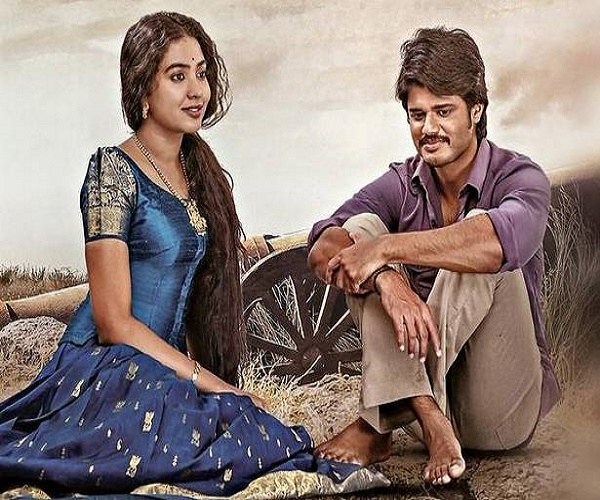 The  Telugu film industry struggles to cap budgets, owing to financial indiscipline and high remunerations. In 2018 and 2019 so far, Telugu cinema has witnessed both small budget films and the ambitious big budget ones, and many of them, according to the buzz in film circles, have exceeded the budget estimates.

Films like Saaho, Jersey, Padi Padi Leche Manasu, Kavacham, Sakshyam and even the recent Gang Leader are said to have crossed the stipulated budgets and the talk is that the production houses haven’t been able to put a cap on it.

There are exceptions; a few small and medium budget films that have been produced at relatively smaller budgets and promoted smartly, have made money at the box office. Pelli Choopulu which was produced in less than one crore, earned around 10 crore. Agent Sai Srinivas Athreya was made within 1.5 crore, Brochevarevura was under 3 crore, films like Ee Nagaraniki Yemaindhi, Mallesham, C/O Kancharapalem also did well and raked in profits. Falaknuma Das, too, is said to have made decent profits. Arjun Reddy and Oh! Baby, made within a stipulated budget, turned out to be big hits. If the ratio of such films increases each year, it would augur well for the industry.

Producer Venkat Siddareddy who has been associated with Dorasaani, Mallesham and C/O Kancharapalem points out, “A lot of people ask me to organise and help the release of their films. In many cases, even before the film has gone on floors, they have had an expenditure of one crore. They should take a cue from producer Suresh Babu who does daily budgeting and checks on expenditure.”

Very few producers like Dil Raju, Allu Aravind and Suresh Babu who understand the stamina of a film, smartly use the rise in digital, satellite and Hindi dubbing rights and also sell theatricals for a reasonable price. Why are producers allowing films to become cost failure despite having such vast experience in filmmaking?

Producer Sravanti Ravi Kishore who makes mid-range films admits that the producer, director and hero are all responsible for escalation in budgets. Most of the producers, he says, happen to be only proposal makers and lack proper knowledge, planning and financial discipline. He states, “They never think of how much a particular script merits. Directors don’t cooperate in planning and budgeting. No restrictions and penalties are imposed if the director overshoots the budget. Because of the super stardom of some heroes, the producers and directors are dependent on them, and none of them have courage to question them or impose any discipline.”

Professionalism exists in very few production houses that don’t depend solely on the stardom of the hero and the director. Madhura Sreedhar who makes small budget projects, laments the tendency of producers to be lenient, thus allowing film budgets to go haywire. Though he is good at publicity and marketing, he admits he pampers his team a tad too much. He has resolved not to let that happen next time. He says, “Weak pre-production and announcing the date of shooting with no bound script are all a problem. An inexperienced team makes frequent changes in the script and that leads to re-shoots. We shot 92 days for ABCD, which could have been done in 55 days. Dorasaani crossed the expected 42 days and took a month more. As producers, we need to play a bigger role. In small projects, producers can have a stronger say.”

Producers who understand filmmaking and content manage to stay strong. Producing is an art and a craft, and it takes one bad film to take away all the profits earned in the previous films. Director Mahi Raghav advocates that heroes and directors should become stake holders. He questions, “If an actor and a director don’t believe in the budget, why make the film? They should be rewarded for sticking to the plan and also get the stick for crossing the limit. It is ridiculous if a 10-crore film has six crore as remunerations. There is also a lack of transparency in accounting. Real figures are never shown.”

In case of big budget films, remunerations of artistes and technicians have sky rocketed. If the initial 30 or 40 shooting days aren’t controlled, the wastage and damage can be phenomenal. Producers can’t do much as half the film is finished by then. Even if the films become a hit, they realise they could have saved a few crore rupees by minimising the shooting at least by 20 days. They can also put a cap on technicians and artistes based on the size of the projects.

A bound script for a big project is never considered the Bible, in fact it keeps changing and is termed as ‘betterment’. Producers also point out the mounting bills thanks to cinematographers opting for latest equipment, lighting and more assistants.

C Kalyan who is producing a film with Balakrishna in the lead was an assistant director first. That angle in him always tempts him to spend a little extra to get aesthetic or lavish frames. He doesn’t like making small films at all but recently seeing a few films succeed, he green lit the movie RDX Love. It was a blunder in terms of economics, he admits.

Most big budget producers are worried that heroes won’t allot dates if they talk of budgets and might go to another producer. Setting up dates and combinations come first. Despite having been in the industry for 35 years, producer Kalyan overspent, shot RDX Love in 78 days. The film was meant to be wrapped up in 45 days. He shares, “Rangasthalam was shot in Polavaram area, they could withstand that. I wanted a similar background, followed suit and it turned out to be an agonising experience. I spent two crore more. Even I want to do films like Agent Sai Srinivas Athreya and Brochevarevarura but I have come to a level where I can’t make smaller budget films. Also, not all small films are a hit, these days people see the trailer and decide to go to the theatre.”

Some producers point out how the advent of monitors has escalated budgets, since heroes and directors ask for re-shoots which was non existent earlier. Today, the total burden is on the distributor. The producer is safe in all ways. Even a flop film makes money and everyone is being paid but it is the distributor who faces the losses. Films are being sold at high rates and if it fails at the market, he will not be able to buy another film next time. #KhabarLive